RssInstagramTumblrPinterestYouTubeGoogle+TwitterFacebook
We all remember the now-infamous Philae lander, which landed on a comet earlier this year and sent back to Earth invaluable new information. It was the very essence of both scientific discovery and space travel. Though, unfortunately, some complications quickly manifested itself when we were given word that the lander didn’t quite land well enough and was bouncing around and off the comet. We lost communication with it, but have learned new ways in which to approach space travel.

In response, a team based from NASA’s Jet Propulsion Laboratory have devised a new lander design that can quickly accommodate various galactic terrains – by sending Hedgehogs! No, not the animal. The ‘Hedgehog’ is a robotic lander, with its prominent spiky features, that’ll be able to easily traverse small bodies throughout the solar system. 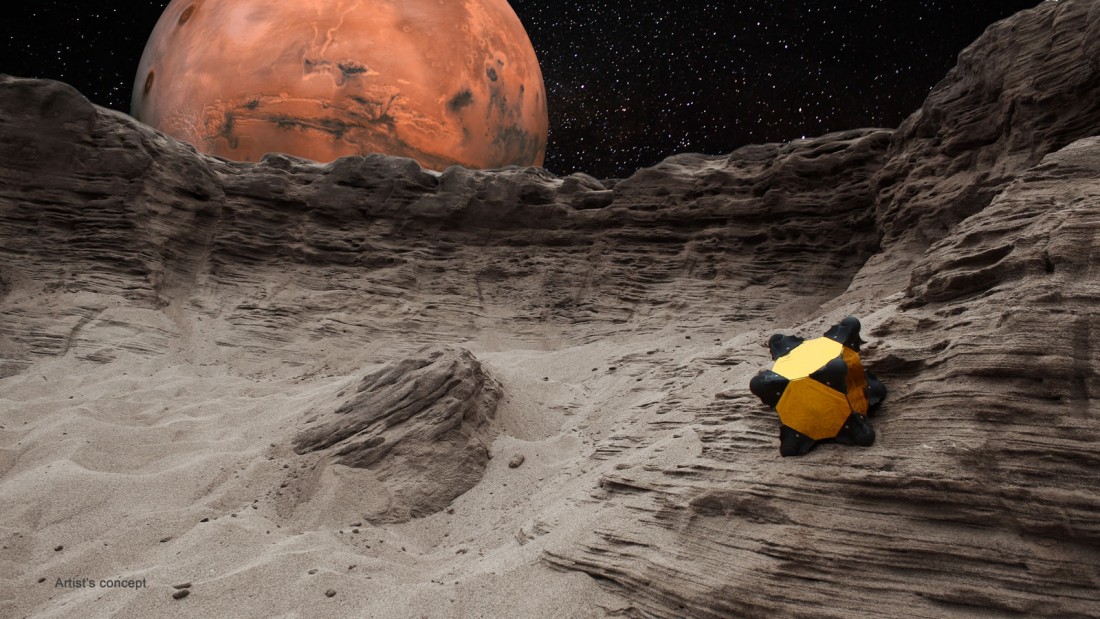 “The construction of a Hedgehog robot is relatively low-cost compared to a traditional rover, and several could be packaged together for flight, the researchers say. The mothership could release many robots at once or in stages, letting them spread out to make discoveries on a world never traversed before.” – NASA

Two prominent maneuvers can be executed by this ‘Hedgehog’ rover. Firstly, there is the “yaw” maneuver, which allows it to use both its cube body and spiky corners to turn in place, essentially either hopping in relatively larges distances using only one or two of its spikes or to tumble around in short distances by rotating from one face to another. Secondly, the ‘Hedgehog’ is able to perform what appears to be a “tornado” maneuver – that is, the robot begins to aggressively spin and detach itself from any rough terrain, launching itself from the surface. This is one of the more impressive challenges the ‘Hedgehog’ easily dominates in which the Philae lander couldn’t quite match up to.

According to NASA’s JPL, the ‘Hedgehog’ prototype currently attains eight different spikes and three internal flywheels, giving it the most efficient (to date) terrain-traversing capabilities than any other rover thus far. The current weight of the prototype is at around 11 pounds (5 kilograms), but the JPL team envision a future of ‘Hedgehogs’ that’ll weigh more than 20 pounds (9 kilograms), with various different instruments attached to it, such as cameras and spectrometers. I hope the universe is ready, because Earth is prepared to launch the first ever ‘Hedgehog’ invasion of space!