“I zoomed in as she approached the steps of the bridge, taking voyeuristic pleasure in seeing her pixelated cleavage fill the screen.

What was it about those electronic dots that had the power to turn people on? There was nothing real in them, but that never stopped millions of people every day, male and female, from deriving sexual gratification by interacting with those points of light.

It must all be down to our perception of reality”. —Memories with Maya

We are transitional humans – Transhumans:

Transhumanism is about using technology to improve the human condition. Perhaps a nascent stigma attached to the transhumanist movement in some circles comes from the ethical implications and usage of high technology – bio-tech and nano-tech to name a few, on people. Yet, being transhuman does not necessarily have to be associated with bio-hacking the human body, or entail the donning of cyborg-like prosthetics, although it is hard not to plainly see and recognize the benefits such human augmentation technology has for persons  in need.

Today, how many normal people, even staunch theists, can claim not to use sexual aids and visual stimulation in the form of video or interaction via video, to achieve sexual satisfaction? It’s hard to deny the therapeutic effect an orgasm has in improving the human condition. In brief, some benefits to health and longevity associated with regular sex and orgasms:

– When we orgasm we release hormones, including oxytocin and vasopressin. Oxytocin equals relaxation, and when released it can help us calm down and feel euphoric.

While orgasms usually occur as a result of physical sexual activity, there is no conclusive study that proves beneficial orgasms are only produced when sexual activity involves two humans. Erotica in the form of literature and later, moving images, have been used to stimulate the mind into inducing an orgasm for a good many centuries in the absence of a human partner. As technology is the key enabler in stimulating the mind, what might the sexual choices (preferences?) of the human race – the Transhuman be, going forward?

(Gray Scott speaking on Sexbots at 1:19 minutes into the video)

Somewhere on hard-drives in Hollywood studios, there are full body digital models and performance capture files of actors and actresses. When these ‘perf-cap’ files are assigned to any suitable 3D CGI model, an animator can bring to life the Digital Surrogate [Dirrogate] of the original actor. Coupled with realistic skin rendering using Separable Subsurface Scattering (SSSS) rendering techniques for instance, and with AI ‘libraries’ these Dirrogates can populate the real world, enter living-rooms and change or uplift the mood of person – for the better.

Programmable matter – Claytronics will take this technology to even more sophisticated levels. 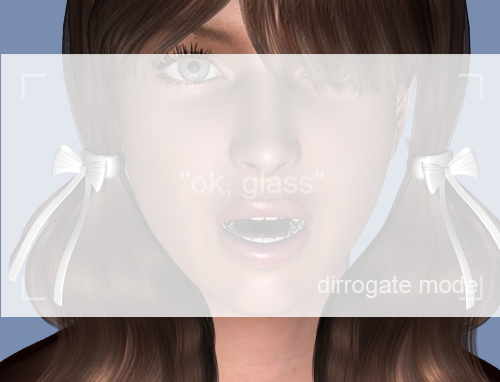 Things get complicated as technology evolves, and to borrow a term from Kurzweil, exponentially. Recently the Kinect 2 was announced. This off the shelf hardware ‘game controller’ in the hands of capable hackers has shown what is possible. It can be used as a full body performance capture solution, a 3D laser scanner that can build a replica of a room in realtime and more…

Would this be the makings of Transhumanist adultry? Some other ethical issues to ponder:

– Thou shalt not covet their neighbors wife – But there is no commandant about pirating her perf-capture file.

– Will humans, both male or female, prefer sexbots versus human partners for sexual fulfillment? – Will oxytocin release make humans “feel” for their sexbots?

– As AI algorithms get better…bordering on artificial sentience, will sexbots start asking for “Dirrogate Rights”?

These are only some of the points worth considering… and if these seem like plausible concerns, imagine what happens in the case of humanoid like physical Sex-bots, as Gray Scott mentions in his video above.

As we evolve into Transhumans, we will find ourselves asking that all important question “What is Real?”

“It will all be down to our perception of reality”. — Memories with Maya

Clyde DeSouza is a Creative Technology Evangelist. He explores technologies such as Augmented Reality, Real-time Game engines and Stereoscopic 3D and their influence on human perception. His non fiction book: "Think in 3D" has been seen on a growing number of film-locations and is used as prep reading by Directors and Cinematographers. His second book: "Memories With Maya" is a fiction novel in the hard science/tech-noir genre. The story explores the impact Augmented Intelligence will have in human personal relationships and in society. RealVision Knowledgebase: http://www.realvision.ae/blog http://www.memorieswithmaya.com

Holy Shit, the Fluidity in this Avatar Animatronic is Amazing!
April 30, 2017
Subscribe to our Newsletter
LATEST ARTICLES