Robotics have been a major aspect of the 21st century in more ways than one, and will soon be taking up even larger roles as they become more sophisticated and, for some, when their cords are finally severed. For soft robotics, however, the latter has been their latest development – the untethering of soft robots, taking their first steps without human assistance.

This major development in robotics is the result of hard work by developers from Harvard’s School of Engineering and Applied Sciences and the Wyss Institute for Biologically Inspired Engineering. The quadruped – the first ever untethered soft robot – not only severed its cords, but also has the ability to be engulfed in flames and come out of it unscathed. With the subsequent abilities to crawl through snow and be run over by a car, these super strengths were developed for a reason – future disaster relief scenarios.

Imagine seeing robotics with soft, flexible exteriors coursing through danger zones without any difficulty, potentially saving everyone’s life in the process. This is the prospect of untethered soft robotics in which researchers are hoping to engineer in the not-too-distant future. For the quadruped, there’s still much to do before it ever becomes society’s hero, but the potential is there and ready to be engineered and programmed. It’s only a matter of time now.

UPDATE: Harvard University labs have released a soft robotics toolkit. What this entails: “The Soft Robotics Toolkit is an online treasure trove of downloadable, open-source plans, how-to videos, and case studies to assist users in the design, fabrication, modeling, characterization, and control of soft robotic devices. It will provide researchers with a level of detail not typically found in academic research papers, including 3D models, bills of materials, raw experimental data, multimedia step-by-step tutorials, and case studies of various soft robot designs.”

Serious Wonder was able to speak with the lead researcher at Harvard, Michael T. Tolley, and talk more about the quadruped and the future developments for soft robotics in general. 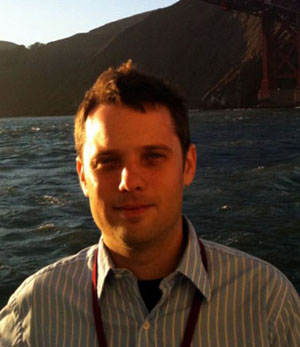 Q: With the recent untethering of soft robotics, how long has this been in the making for you and your team?

A: I began to work generally on soft robotics when I started my postdoc at Harvard in February 2011. I began working specifically on the untethered soft robot projects about a year later and did most of the work and experiments over the course of about a year.

Q: Now that their cords have been severed and are now walking by themselves on all four feet, how long do you think we’ll have until society gets to see these robots in action?

A: I believe soft robots generally are going to find specific uses in the near future. For example, a former colleague of mine has started a company called Empire Robotics which is developing a partially soft gripper which can conform to, and manipulate, a wide variety of objects. However, I believe some technical challenges remain to be addressed before we’ll see commercial mobile soft robots. For example, we’ll have to find ways to improve the speed and efficiency of these machines, and optimize their designs for particular tasks like walking over rubble or manipulating objects in their environment.

Q: Obviously, with the demonstrated abilities to walk through snow and be scorched by fire with no lasting damage as a result, it’s the perfect machine for disaster relief scenarios, as intended. Though it would seem that they also have the potential for something much more – perhaps a larger integration with society as a whole. Do you think soft robotics will become a potential facet of modern day 21st century society?

A: One nice feature of soft robots is that they are safer for interaction with humans. I also believe that biologically inspired designs allow for more intuitive interaction. For these reasons, I wouldn’t be surprised to discover that robots we come into contact with in the future would tend to have soft bodies like the ones I have been developing.

Q: What are soft robotics, and equally your team’s, next steps from here? Does the quadruped have anymore interesting tricks under its sleeve that’ll be demonstrated at later dates?

A: I think we have only begun to scratch the surface of what is possible with soft robotics. There is still a great deal of work to be done with the modelling and control of these systems to allow more precise, rapid, and effective locomotion and manipulation. We are currently working on ways to make this type of system perform rapid, agile maneuvers like jumping. I would also like to see systems that can perform some of amazing feats that completely soft organisms like octopuses can, e.g. squeezing themselves through tiny holes which are a small fraction of their usual body dimensions. I look forward to pursuing interesting research challenges like these in the future!