RssInstagramTumblrPinterestYouTubeGoogle+TwitterFacebook
In the wake of the Orlando shooting massacre, liberals all across the nation are (rightfully) demanding for gun reforms. Surprisingly enough, a select few conservatives are also joining the rallying cry. And yet, while I certainly wish to join hands with this growing movement, I find myself somewhat conflicted.

Each time a gun-related massacre occurs, I find myself repeating a certain algorithmic thought process. First I allow certain emotions to take charge, demanding for increased gun reforms, which include, but are not limited to, better background checks, increased mental health services, limited ammunition capacity and access to militarized weapons. 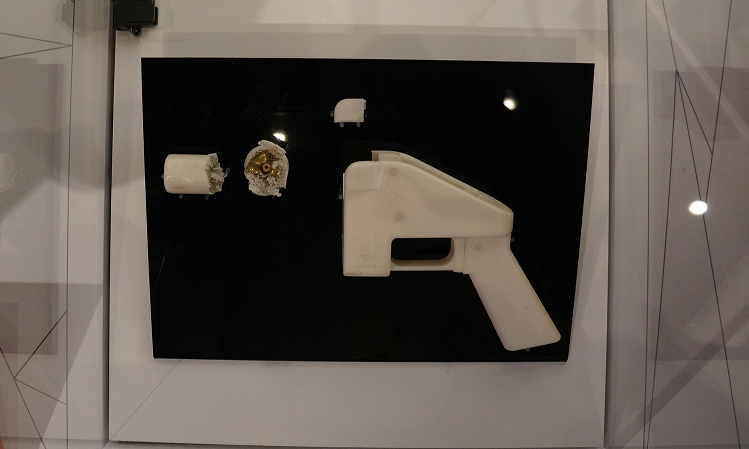 From there, I retire my emotions from taking the charge and instead allow a bit more reason to take its place. Which doesn’t make the situation any easier, because when I do, I always seem to reach the conclusion that many of these gun reforms aren’t going to be able to accommodate a future where 3D printed gun proliferation is a reality.

If you haven’t read “Areopagitica: Plea for the Liberty of Unlicensed Printing,” an essay written by the poet John Milton, I’d highly recommend you do so. It’s a bit boring at times, but the gist of his argument is that, once an idea has made its way into the public – whether by written form or otherwise – any attempt to constrain it will ultimately be futile.

Milton wasn’t wrong. If anything we’ve learned about this country’s past attempts at prohibition – whether it be alcohol, drugs, or abortions – it’s that they not only fail in preventing people from acquiring said items or services, but then subsequently increase the number of people attempting to acquire them.

Another great example, which is also one that is more in relation to 3D printed guns, is the government’s attempts to crackdown on piracy. Ever since Napster became the first ever service provider to pioneer in peer-to-peer online file sharing, the modern world of piracy has never lost a battle against govt. suppression. Thanks to the Internet, once a digital file has made its way online, there is no chance in hell of ever deleting it from existence ever again.

Noticing the correlation with that of Milton’s argument about ideas making their way into the public?

Which then brings us to 3D printed guns: In 2012, the newly-established US-based company Defense Distributed made history by being the first ever company to 3D print a fully functioning handgun known as the “Liberator.” From there, DefDist proceeded by successfully 3D printing a receiver for an AR-15 (the same gun used in the Orlando shooting), an AR-15 standard capacity magazine, and a magazine for an AK-47.

To prove a point, DefDist had then released these files online for anyone to download themselves. Clearly the U.S. govt. didn’t learn its lesson from Napster, because once they forced DefDist to delete all of their online digital files, it was already too late. These very same files had already made contact with the online world, and from there became redistributed via various piracy service providers like Pirate Bay. 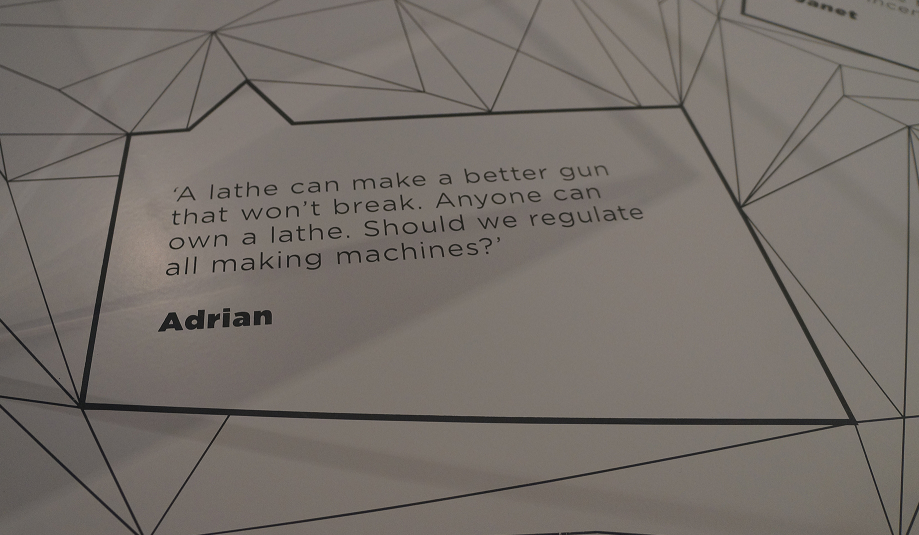 Keep in mind, these were all fully functioning weapons made entirely (or partially) out of 3D printable plastic filament. One year later, a Texas-based company known as Solid Concepts demonstrated a 3D printed version of an M1911 pistol made of metal. Point being: once 3D printers become more efficient and less expensive, so do 3D printed guns.

People might then argue that the govt. will just have to regulate 3D printers to prevent them from printing guns. Others would argue that 3D printers aren’t able to 3D print ammunition.

Second of all, the idea that the govt. will be able to prevent 3D printers from printing guns from a digital file is laughably asinine. Sure, they could distribute 3D printers which remain online, of which will then be monitored à la NSA surveillance, preventing people from 3D printing digital files which resemble a gun.

But again, what’s to stop someone from 3D printing a whole new 3D printer, which deliberately remains offline and is only fed digital file information via a USB drive? From there, all a person needs to do is access a piracy website while under VPN anonymity and download the digital CAD file for whatever gun you’re wishing to print. It’s that easy.

Understanding this, I leave this article here with a question: with the emerging reality of 3D printed gun proliferation, how might we prevent attacks such as the one that occurred in Orlando?

The Future This Week: Foresight, A.I. Lawyers, and the Recession GenerationThanks to Deep Learning, Computers Are Learning to be Creative