RssInstagramTumblrPinterestYouTubeGoogle+TwitterFacebook
Last year, Serious Wonder paid special tribute to the Star Wars universe by listing a few technological marvels of our day and age which matched that of the trilogies. Well, we’ve finally reached May the 4th once again and we’re happy to report that we’ve taken more crucial steps to reaching a Star Wars future. Below we’ll be listing some of those steps and subsequently explain the significance of their development.

Predicting what the future will hold for us is always difficult. Given the exponential growth of technologies, however, we’re certainly excited to be alive to witness it.

“Difficult to see. Always in motion is the future.” 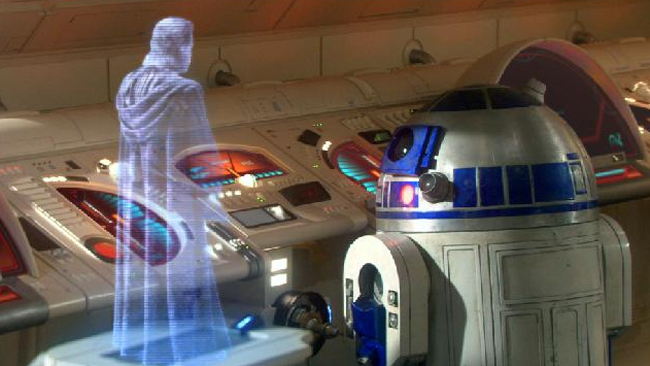 For last year’s coverage of Star Wars technologies, we briefly mentioned the emergence of holography. It was still in the works and certainly nowhere as detailed as that of the Star Wars holograms, but it did give us hope that it soon will. Since then, however, we’ve expanded holography in a very significant way throughout society – from holographic concerts by deceased artists to holographic computing being developed by corporations like Microsoft.

Holographic technologies are certainly on an exponential path, given their incredible rate of growth in just a single year. For Star Wars, holograms were used as a means of distanced communication. Today that is now possible and has been used for several occasions, from the Turkish Prime Minister delivering a speech as a hologram to theoretical physicist Stephen Hawking giving a holographic lecture at the Sidney Opera House. Most significantly, however, would be its use for political matters as well, from a holographic Edward Snowden bust in protest of a statue of him being brought down to a holographic picket demonstration in Spain in response to anti-democratic policies. 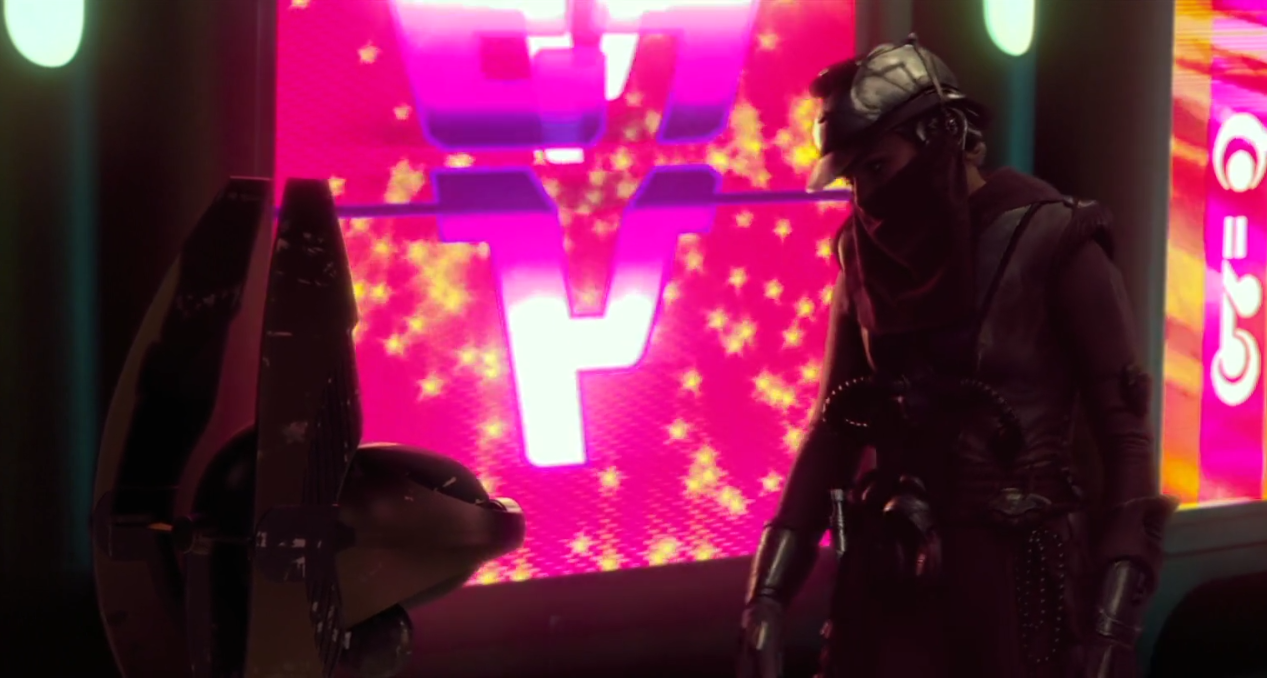 While drones weren’t necessarily the most common of technologies shown throughout the Star Wars trilogies, they certainly made quite an impact in their story line. From the Imperial Viper Probe Droid to the bounty hunter drone stalking Senator Padmé Amidala’s window, the use of autonomous flying robots have remained firmly stuck into the psyche of each Star Wars generation. Today, our drones are on par with theirs and is only growing in both popularity and applications by each year.

The year 2014 was a significant year, given that the FAA had officially legalized the commercial use of drones by everyday citizens. Today we’re witnessing the use of drones for various applications, from drone reporters to art shows. The future implications of drones, however, is quickly being realized, from military applications to environmental conservation. Eventually the drones we know of today will be significantly smaller and much more efficient, which will be used for both surveillance and rescue missions. Domestically, it wouldn’t be far-fetch to believe that drones will be used by the police as well. 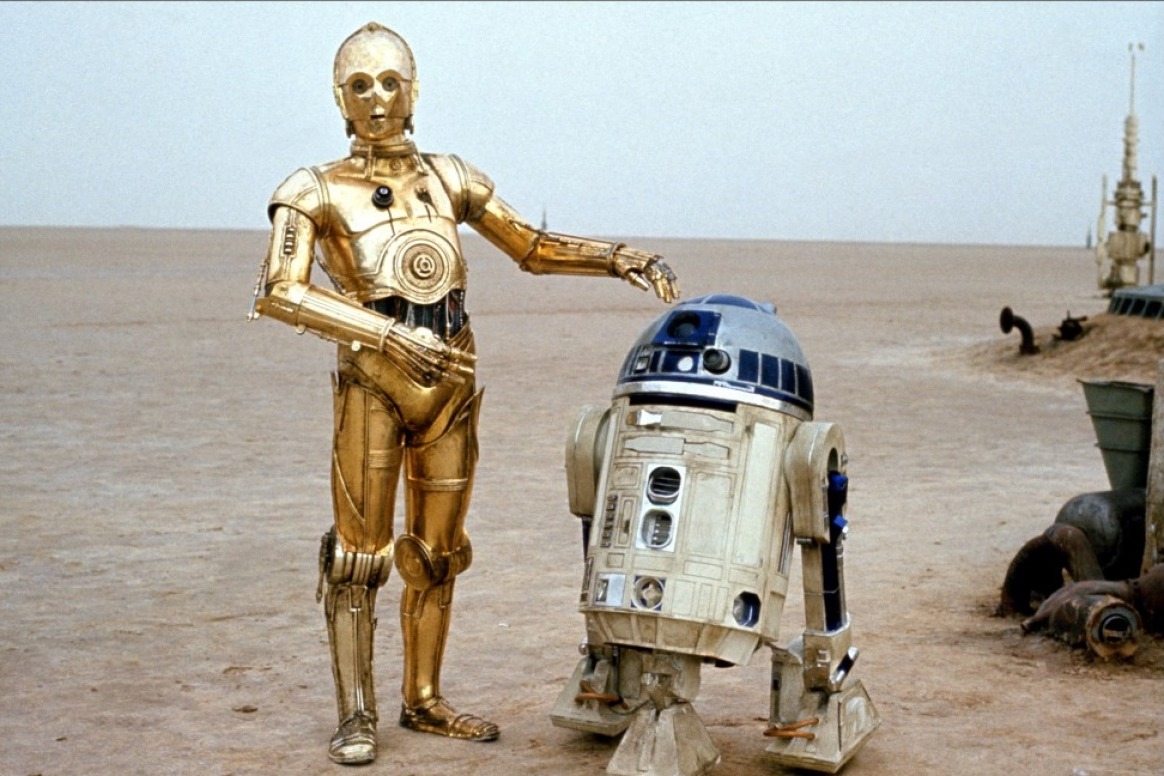 If there was anything which made the Star Wars universe stand out, it would have to be its use of robotics. From R2D2 to C3PO, the advanced robotics of Star Wars certainly made our own look like nothing more than above-average trash bins. But that has all changed now, given the acceleration of our robotics industries. While they’re still nowhere near the sophistication shown in the films, to ignore the significant advances we’ve made in the field of robotics in the last year alone would be asinine.

Here at Serious Wonder, we’ve made sure to keep our readers updated whenever the latest robot was officially designed and/or released. From the wide selection of robotics by that of Boston Dynamics to the emergence of home-care robotics, such as ASIMO and Pepper, it’s pretty clear that our use of advanced robotics is well on its way of achieving something similar to that of Star Wars, if not much more. What’s more, given the fact that we’re now living in what can be considered the start of the robotic age, it was quite prudent of J.J. Abrams, the director of Star Wars Episode VII: The Force Awakens, to consider using real robotics for the upcoming new Star Wars film, rather than render them using CGI. 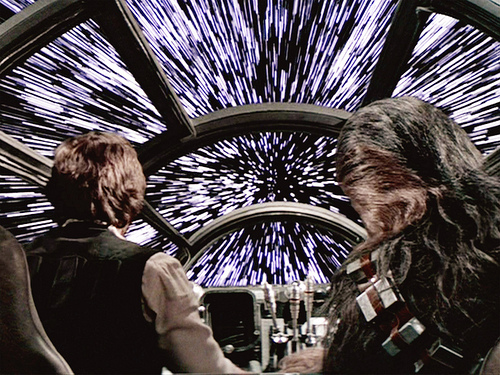 Like most sci-fi space films, Star Wars made sure to include interplanetary travel. Where Star Trek had warp factor, Star Wars had light speed, allowing Han Solo to evade any Imperial nuisance that got in his way. In doing so, the Millennium Falcon – alongside several other ships – was capable of traversing the cosmos at a great distance in short periods of time. While they don’t call it “warp,” given the use of the term by the Star Trek series, whenever we think of traveling the universe past the confines of relativistic speeds, we’ve come to refer to this as warp.

Here recently, in the last few months, we’ve been hearing reports about the possibility of NASA discovering what can be conceived as a “warp bubble,” developed using an experimental engine known as the electromagnetic propulsion drive (EM drive). Right now we’re completely clueless as to the legitimacy of this engine, given that more tests will need to be conducted to validate its results, but so far the EM drive has held up on its end and could significantly change the way we travel space forever. If proven to be true, just like in Star Wars where you could launch yourself into light speed and reach deep space in a matter of minutes, this experimental engine could very well transform us into a spacefaring species and allow us to explore space much farther than ever before.

Be sure to check out SERIOUS WONDER’s Store for its wonderfully geeky Star Wars merchandise!