RssInstagramTumblrPinterestYouTubeGoogle+TwitterFacebook
For Dillon Markey, an animator for [easyazon_link asin=”B0072BNK02″ locale=”US” new_window=”yes” nofollow=”default” tag=”seriou03-20″ add_to_cart=”default” cloaking=”default” localization=”default” popups=”yes”]Robot Chicken[/easyazon_link] and PES, nothing is more important than his work as a stop-motion animator. To ensure that his time is spent as wisely and as productive as possible, especially for such a laborious task, Dillon decided to integrate a piece of his childhood into his line of work. Using a re-modeled Nintendo Power Glove, which was developed by Nintendo Entertainment System in the late ’80s, it’s granted him better control of his animations with maximum efficiency.

“It’s just one of those things that’s completely in the ether – it barely exists anymore. I see this as one of the coolest things in the world. It’s like a cyborg arm! It rules! And people barely know what it is. I think it was just a really cool idea, but it was a little bit ahead of its time.” – Dillon Markey 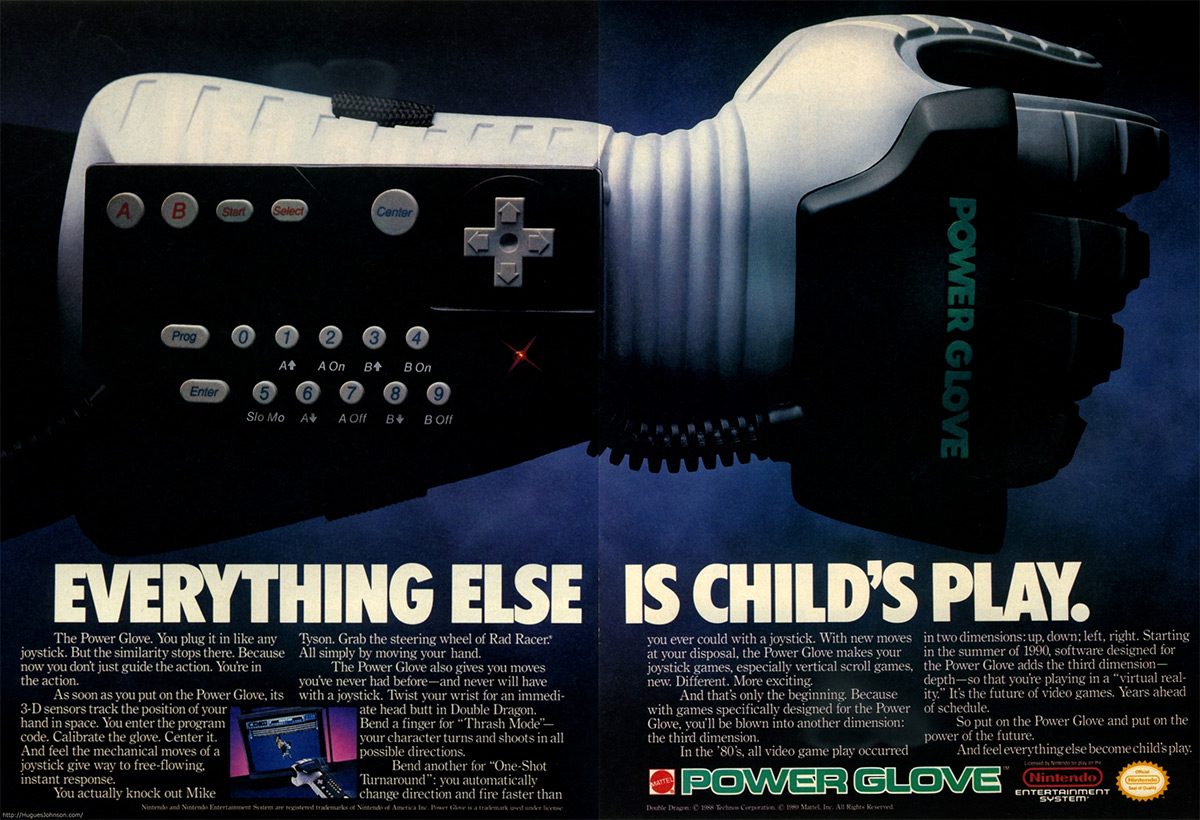 The Nintendo Power Glove, released in 1989 by Nintendo Entertainment System.

When introduced by Nintendo in 1989, the success rate of the Power Glove was practically abysmal. The original intent for it was to take the first step at integrating your body into video games. And yet, despite the well-funded commercial campaign to promote the [easyazon_link asin=”B001VII7PA” locale=”US” new_window=”yes” nofollow=”default” tag=”seriou03-20″ add_to_cart=”default” cloaking=”default” localization=”default” popups=”yes”]Nintendo Power Glove[/easyazon_link], customers criticized it for having imprecise accuracy and awkward controls.

Well the future has changed, and with the hugely popular advent of motion-controlled gaming and virtual reality, the idea of integrating your body into gaming is quite common. Outside of gaming, however, Dillon is changing the way stop-motion animators go about their business. Equipped with its original numerical keypad, the re-programmed glove allows Dillon to easily switch frames at a faster rate than normal. Subsequently it’s been modified with retractable tweezers to help him design smaller objects in his animation.

Before you toss it to the side, believing this to be a terrible idea still in its test phase, Dillon has been using the Nintendo Power Glove for over 1.5 years now, helping him design countless number of episodes with ease. Could Dillon have discovered something here that might change how we look at old technology ideas that failed with good intent? What other older technologies do you remember growing up that you believe could have major success today?