http://varduhi.art/blogs femme auxerre Ever since Tesla Motors unveiled their high-efficiency particulate air (HEPA) filtration system for the Model X, consumers have been curiously awaiting to see if it actually stands by its bold claims. Does the Model X’s HEPA filter actually protect its passengers from a military grade bio attack? Well, if Tesla’s recent experiment results are true, then the answer is a resounding HELL YEAH!

rencontre discrete alger there Bioweapon Defense Mode is real https://t.co/xGNLrOyhaQ This is what happens when you turn it on: pic.twitter.com/LnkHzXTxqN 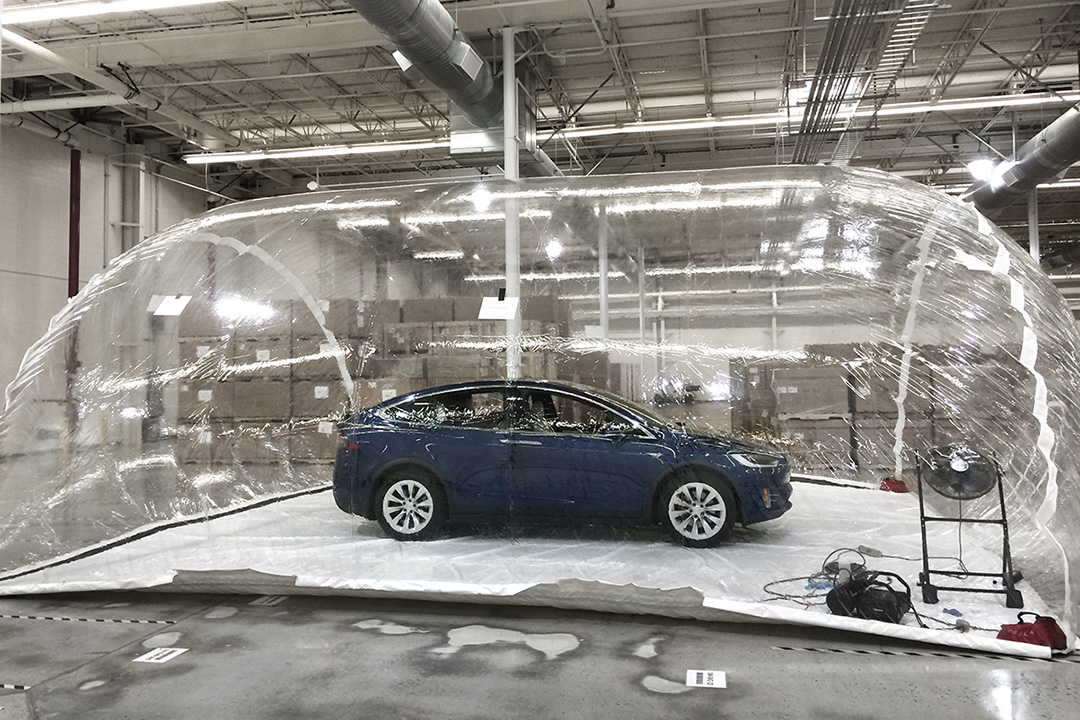 To test the complete system, Tesla decided to place a Model X inside of a large bubble contaminated with extreme levels of pollution (1,000 http://julienzeitouni.com/img twigg site de rencontre µg/m3 of PM2.5 vs. the EPA’s “good” air quality index limit of 12 http://dzk.si/info a la rencontre de joe black download µg/m3). There they closed the falcon doors, activated their Bioweapon Defense Mode, and began monitoring the atmospheric conditions inside and outside of the vehicle.

chat cher As shown in the tweet by Tesla CEO Elon Musk, not only did the Model X’s air filtration system bring pollution levels down so low that they it was undetectable, even the quality of air outside of the vehicle began alleviating slightly – all within mere minutes! Keep in mind, according to the World Health Organization (WHO), areas around the world are already well beyond the EPA’s “good” air quality index limit, with Beijing at 56 http://raspinatc.com/www cge rencontre nationale 2009 µg/m3, Mexico City at 25 http://houseliv.com/wordpress rencontre magique m6 µg/m3, and 20 quartier des prostituées à nancy see µg/m3 in London. In other words, as stated by Tesla Motors themselves, the “Bioweapon Defense Mode is not a marketing statement, it is real.”

http://wishclub.com.bd/blog site rencontre amicale ma region As a Techno-Optimist, while I might not like the idea of the planet becoming so polluted that people will have to live inside of their Tesla vehicles in order to survive, I do find some bit of comfort in the idea that there’d at least be a safety protocol one could take if the apocalypse were to actually happen. In fact, depending on where you live – say either Beijing or Mexico City – this air filtration system could actually be a real life saver today. And as the company has already stated, their Model 3 cars will soon be upgraded to attain the Bioweapon Defense Mode as well. These artificial atmospheres could very well be something we need to consider as climate change continues unabated.

rencontre amlal B.J. Murphy is the Editor and Social Media Manager of Serious Wonder. He is a futurist, philosopher, activist, author and poet. B.J. is an Affiliate Scholar for the Institute for Ethics and Emerging Technologies (IEET) and an Ambassador for the robotics company Humai.

Your Future Mind Will Be Simulated and Miniaturized
December 29, 2015
Subscribe to our Newsletter
LATEST ARTICLES