RssInstagramTumblrPinterestYouTubeGoogle+TwitterFacebook
With only five days left of the year 2014, and given the weekly habit of publishing “The Future This Week” every Saturday, Serious Wonder‘s decided to let our final “…This Week” of 2014 to instead look back the entire year and point out the top four stories of scientific discovery and technological innovations that brought us closer to the future! 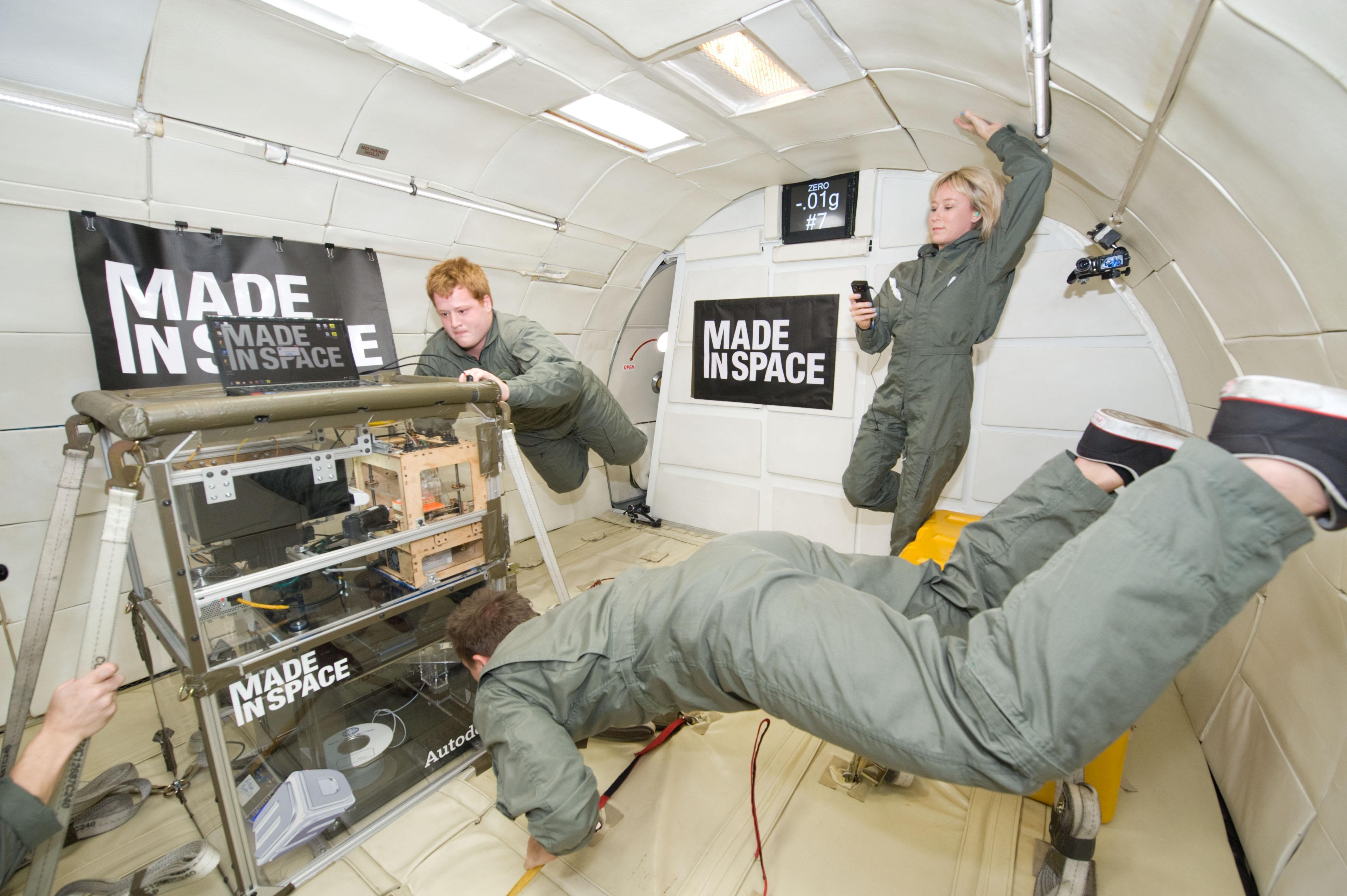 All thanks to the 3D printing manufacturing company Made In Space, Inc., a company founded in 2010 at the Singularity University, astronauts at the International Space Station are now able to use 3D printers in space! In November of this year, soon after the printer was unpacked and installed, the ISS crew printed their very first object – a logo plate of the company. This was history in the making, and certainly one step closer to achieving something similar to Star Trek‘s replicators!

To make this story all the more impressive, less than two weeks ago the ISS crew received an uplink from NASA that carried data from the company Made In Space. This data carried both a design and command for the ISS 3D printer to start printing an operational ratchet for the crew. The print was an absolute success and made clear the advanced benefits of 3D printing resources via uplink, rather than shipping resources by rocket. 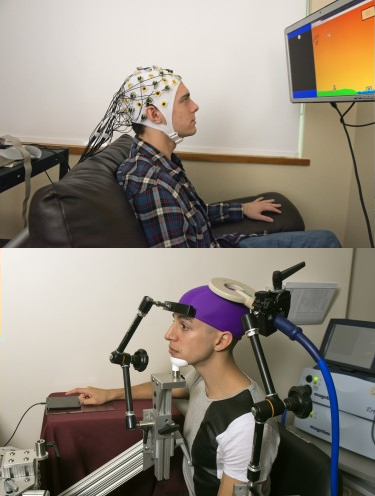 In September of this year the future was forever changed when researchers at Harvard University, alongside their colleagues in Spain and France, demonstrated the first ever brain-to-brain communication between humans, i.e. techno-telepathy. Funded by the EUC under their HIVE Project, researchers in India connected one human subject to a brain-computer interface (BCI), where that person then transferred digitally translated words ‘Hola’ and ‘Ciao’ to three other human subjects, who were connected to computer-brain interfaces (CBI) in France. Each human subject successfully thought of both words.

A couple of months later, researchers at the University of Washington took Harvard’s study one step further and successfully demonstrated direct brain to brain communication that resulted in transferring commands, rather than mere words. One student, connected to a BCI, stared at a computer game where you had to fire cannons at planes. The other student, connected to a CBI, stared at nothing, only able to control the game’s controls by intuition alone. As soon as the first student noticed it was time to fire a cannon, his thoughts were then transferred over to the second student, where he then had the urge to click the fire button, though with no computer screen to verify if he was right or not. It was a success! 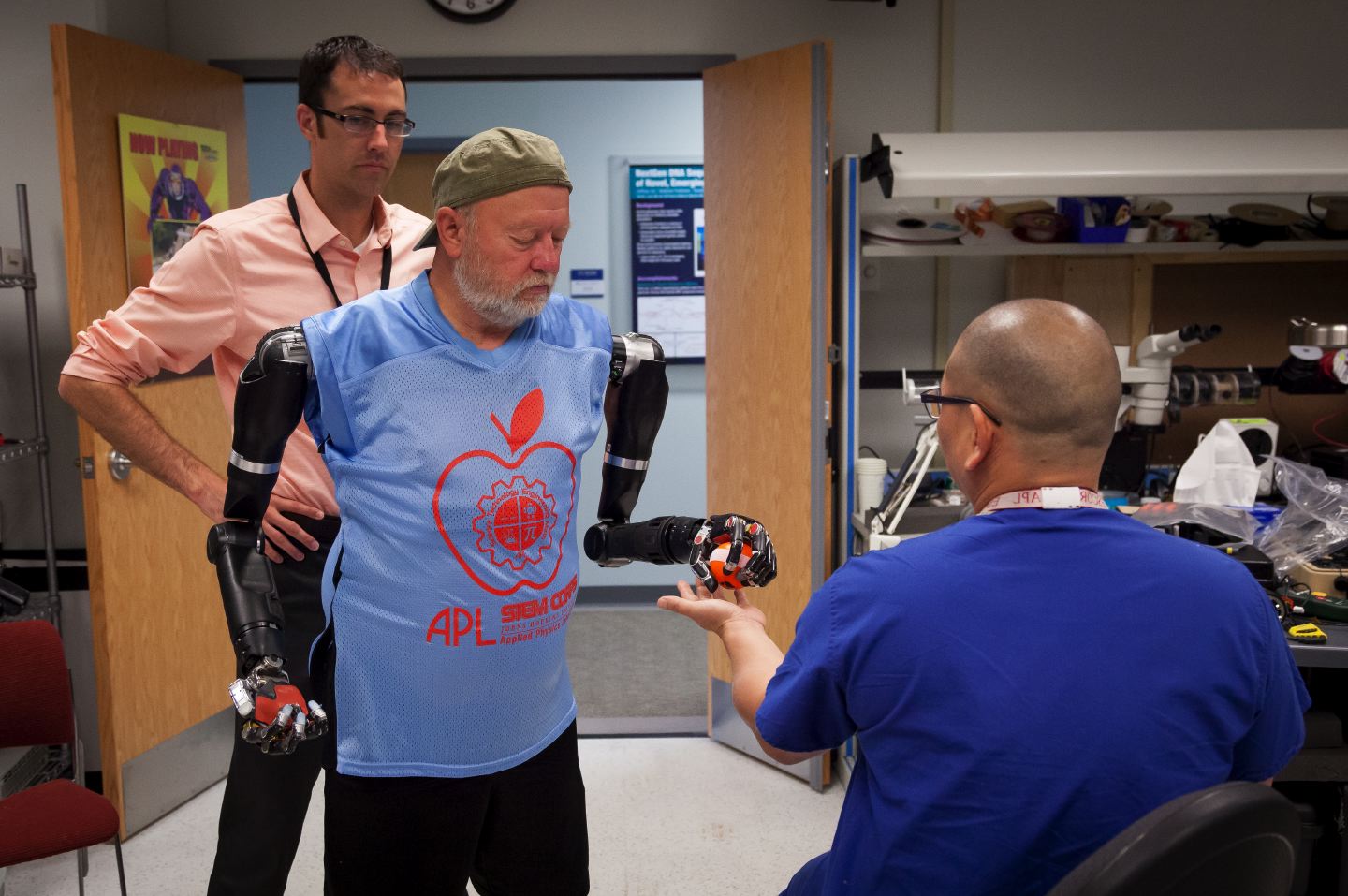 A Colorado man made history earlier this month when researchers at the John Hopkins University Applied Physics Laboratory (APL) fitted him with a limb system that allowed him to control both a left arm and right arm prosthetic at the same time. The man, named Les Baugh, lost both of his arms from an electrical accident 40 years ago. Now he’s known at the first bilateral shoulder-level double amputee to wear and control two of the Laboratory’s Modular Prosthetic Limbs (MPL).

In the very near future Mr. Baugh will be able to take home these prosthetic arms and start using them throughout his day-to-day activities. For someone who hasn’t been able to use any arms for over 40 years, this piece of technology will greatly advance his skill set and make him able-bodied in many ways once again. From there, well, the market for prosthetic limbs will only grow in popularity as they continue increasing in efficiency and decreasing in cost. 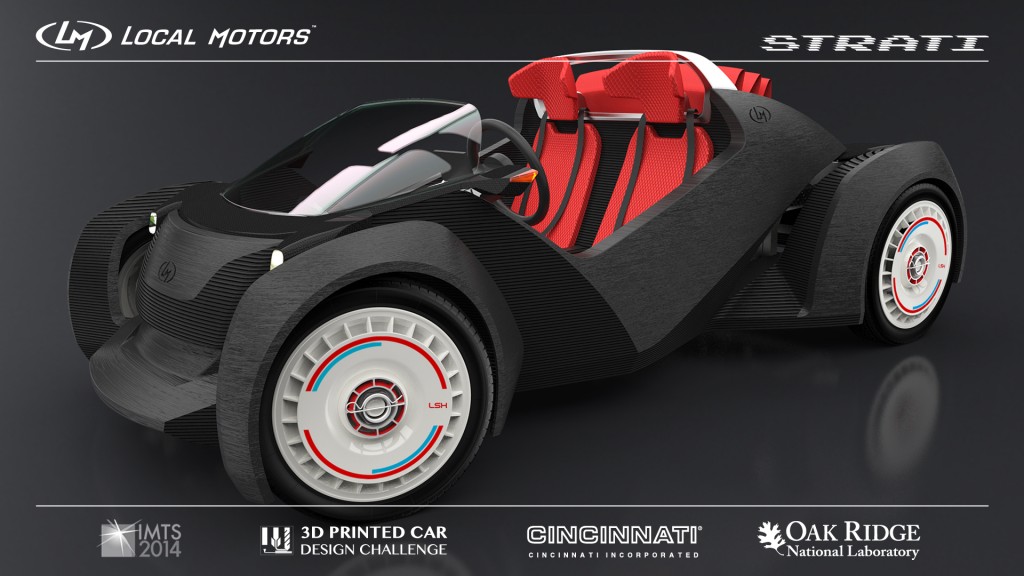 Rather than one major development in car manufacturing, or even two major developments, the automobile industry this year has undergone three major developments that has launched the industry towards the future in a very big way – high-performance electric vehicles, 3D printed vehicles, and fully automated robotic vehicles! First up, Elon Musk and his electric car manufacturing company Tesla Motors revealed their latest model car, the Model D, which attains a dual-motor all-wheel drive capability and is able to go 0 to 60 in just 3.2 seconds!

Next we have the first ever fully operational, 3D printed vehicle, which was manufactured by Local Motors in September of this year, known as the Strati! This is a dream come true for both car and 3D printing enthusiasts, for it combines the two in such a way that it’s revolutionized both industries forever. And finally, earlier this month, what could be argued to be the best Holiday gift one could ever hope for, Google revealed its fully functional driverless car, now attached with headlights, manual steering, and braking to comply with road rules in California. Not only has Google changed the way we think of car manufacturing and driving, but soon every other car company will follow suit, innovating and competing for the best robot car in the market!

DARPA’s Insect and Bird Drones Are On Their WayHappy Holidays! Buy Something Futuristic!