The geodesic dome was and is certainly Buckminster Fuller’s most notable design.

Not original to Fuller, the geodesic dome was created by the German engineer Walther Bauersfeld. It took Bucky to first call it geodesic, though, and it became his trademark.

Originating from a triangle that thus forms a tetrahedron, the sphere or half-sphere geodesic structure is surprisingly angular. The tetrahedrons create octahedrons that then combine to form an icosahedron. The geodesic dome is a startling example of engineering but also natural patterns. 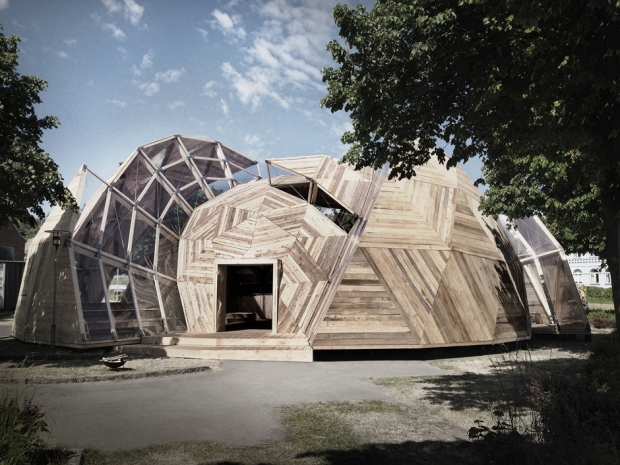 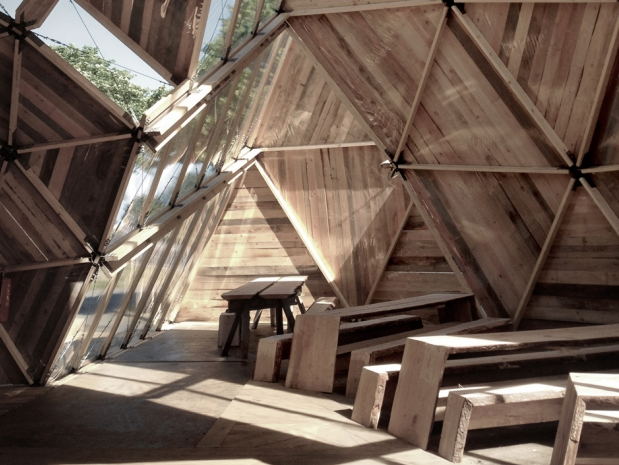 Like most of Fuller’s design, the integrity of the geodesic dome derived from tension between points not pressure on the points. The structures in the geodesic model are incredibly strong because of the novel design-science behind them.

Modern and future versions of geodesic structures are abundant. There is the giant biosphere in Montreal, and the more recent Danish People’s Dome.

It was originally built as a temporary installation at a music festival, but the Danish People’s Dome will stand permanently.

While the geodesic dome is impressive just to look at, it is a testament to humans engineering ideal structures. What else do you see in the world or on the horizon that resembles the sensible architecture of the geodesic dome?

This is Part Three of a three-part series on Buckminster Fuller. Read Part Two here.