“Everything about the old man was natural and wrinkled except for his Eyes™ and Ears™, thick glasses resting on the creased bridge of his nose and two flesh-colored buds nestled in his ears. They were battered technological artifacts that captured sights and sounds and sanitized every visual and auditory experience. The old man sometimes wondered whether he could bear to live without these artifacts. He did not think so.”

What if everything you saw, and everything you heard, were mere techno-induced manifestations, and the real world hidden beneath the augmented veil was something worth hiding? This very question is now being explored in the sci-fi short film The Nostalgist.

Based upon the short story of the same name by Daniel H. Wilson (author of sci-fi bestsellers Amped, Robopocalypse, and Robogenesis), The Nostalgist opens up to a world of immense beauty and class, resembling a futuristic adaptation to the Victorian Age. Though what starts off as a steampunk future, however, soon transforms itself into something much closer to cyberpunk – the artificial eyes and ears of “The Nostalgist” (starring Lambert Wilson) quickly begins to fail.

With properly tuned ImmerSyst eyes™ & ears™ the futuristic city of Vanille can look and sound like a paradise. But the life of a father and his son threatens to disintegrate when the father’s Immersyst begins to fail. Desperate to avoid facing his own traumatic reality, the man must venture into a city where violence and danger brew beneath a veneer of beautiful illusion. 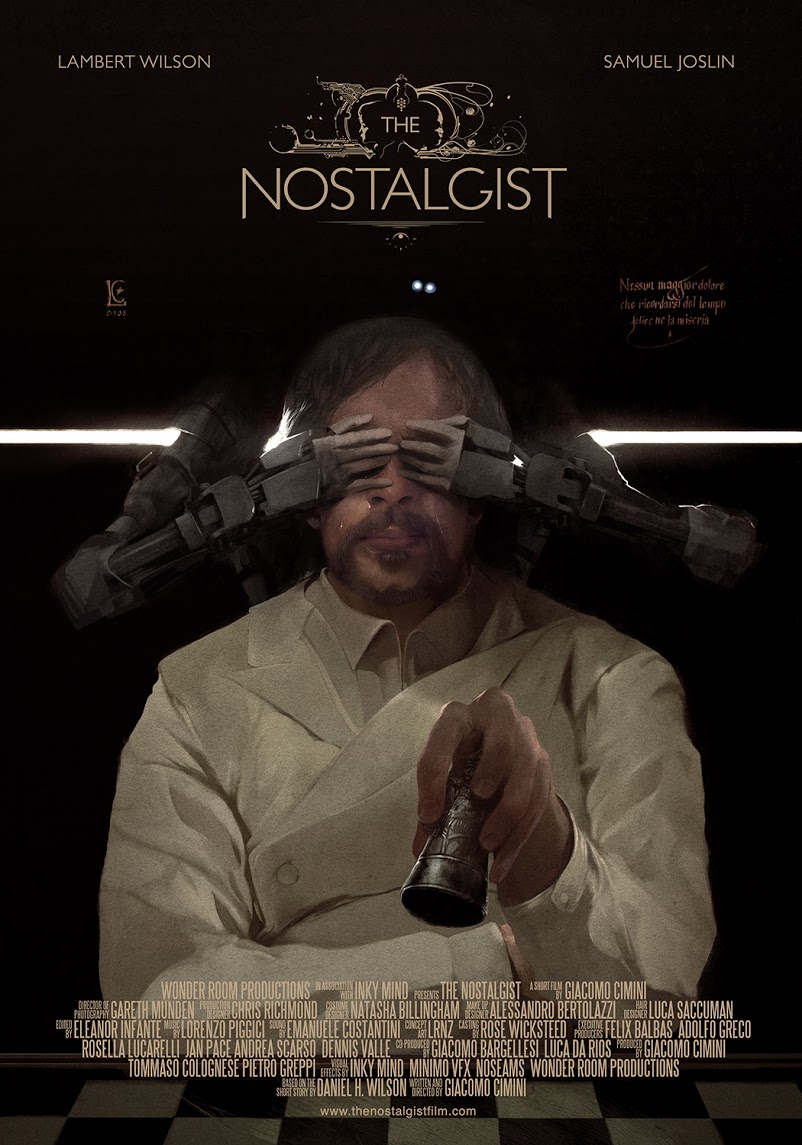 Lambert Wilson’s character “The Nostaligst” appears to be playing a round of chess with his grandson “The Boy” (starring Samuel Joslin), which starts off the overall setting of the entire film – sacrificing all that you can to achieve your end goal. The end goal for “The Nostalgist” is to maintain the perceptual normalcy he’s developed for himself in order to hide the world beneath in which he has disguised.

This undated dystopian landscape introduces several implications of a future left behind, only to be swept under the rug, per se, via advanced technology. While I feel that sci-fi is in need of much more optimistic films, the overall character development, setting, and VFX are quite remarkable for a short film. Previously there was word that the company behind it is also in talks with Daniel H. Wilson for a feature length adaptation, which will explore the story line more in depth. Whether this remains true is unclear at the moment.