RssInstagramTumblrPinterestYouTubeGoogle+TwitterFacebook
We live in a polarizing world filled with politics and conflict, from the 2016 elections here in the U.S. to the now turning violent Brexit ordeal in the U.K. As naive as it might sound, it’s a legitimate question to ask: why can’t we all just get along? Well, because we’re different people with different mindsets. It’s not like we can clone our preferable politician to take over Congress and Presidency (or Parliament and Prime Minister in the U.K.).

Or can we? According to filmmaker Sean Miller, this might not be such a far-fetched idea. But what would it look like? Cue in The Replacement, a sci-fi short film directed by Miller which looks at both the social and political ramifications of human cloning in our not-too-distant future.

“In our film we see all perspectives, from the bigots who hate all clones, to people who have seen diseases cured and new technology born out of their rapid learning, to the clones who have the best intentions, but are still putting natural born people out of work because they just can’t compete. It’s a film about how progress isn’t always black and white, good or bad, and that it can be stranger than we might imagine.” 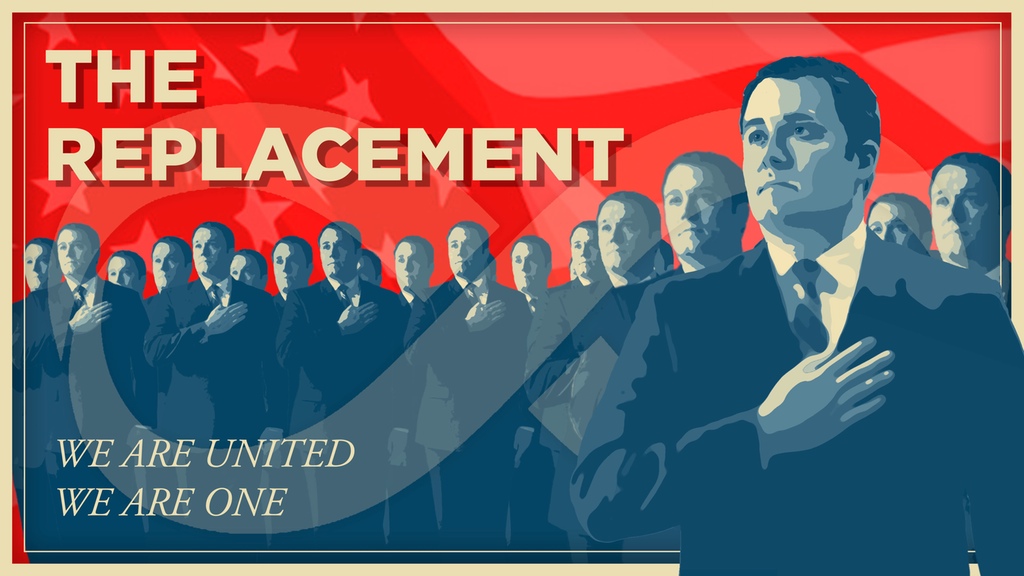 The Replacement is a dark comedy sci-fi short film, of which people are able to clone themselves. As a result of this human cloning proliferation, certain societal implications arise. You might find this strange, but simply replace “clone” for “robot” or “A.I.”, and you’ll realize we’re already making our first leap into a future not all that different.

Then again, human cloning is also a possible reality in our near future. When I spoke to Sean Miller, director of The Replacement, he said:

“We decided to do a film about cloning in the political realm for a couple reasons. Cloning feels like an inevitability, and when it comes, it’s sure to be the top social issue of its day, so a political turning point where the first Clone president has been elected felt like that perfect setting to explore new technologies starting to be normalized, but where a lot of resistance has still taken root.”

Miller is currently seeking crowdfunding for his short film via Kickstarter, with a $13,200 funding goal. They’ve reached nearly $11,000 so far with 60 hours left in their campaign. Let’s help them out, shall we?

See SpotMini Run, Fall, and Do the Dishes For the Future of RoboticsThe Future This Week: Mars, Turing Tests, and Gene Editing