The Rise of Soft Robotics

One of the more difficult challenges soft robotics aim to fix is the inflexibility of robot technology. Jointed robots are interrupted if conditions impede their performance. For better versatility, researchers are creating robots inspired by invertebrates such as octopuses and earthworms. While they would be slower and weaker than their counterparts, pliable automatons are adaptable, easier to manipulate, and more likely to survive damage from unexpected hazards.

‘Harvard University’s Whitesides Research Group has several prototypes of these automatons, one of which uses a battery and air compressor to inflate itself, bend, and move its many legs in order to inch across a surface. It’s been able to withstand stress tests such as crawling through snow and across a hot grill. In 2011, Whiteside created a tinier, tethered polymer robot that could squeeze in centimeter-high spaces, shown below. “The range of opportunities is much larger if you can operate [automatons] untethered,” says George M Whitesides, “and we’ve crossed that crucial line.”

Researchers at Cornell University have created one such model, fashioning a “universal gripper” out of a small ball and coffee grounds. The ball self-deflates when it comes into contact with an object, which allows it to delicately grab hold of the object without having to exert force. This example is one of many prototypes for emerging ‘pliable automatons.’ 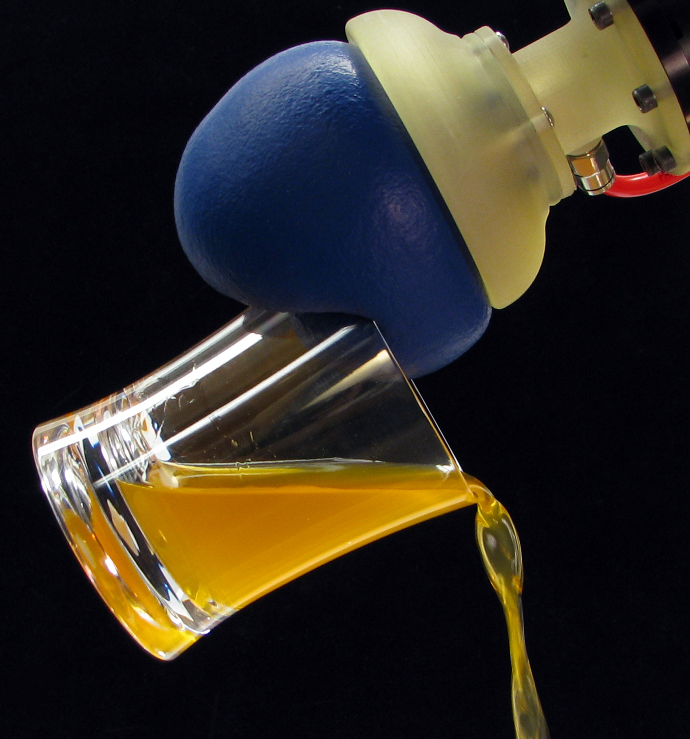 [easyazon-image align=”left” asin=”B004I8V71Q” locale=”us” height=”55″ src=”http://ecx.images-amazon.com/images/I/4154nHKQEqL._SL75_.jpg” width=”75″]Soft robots are cost-effective, one of their main advantages. If a flexible robot can be made of simple things like a deflating ball or air compressor, then we could further expand upon this in larger, more sophisticated means. More recently, a team of researchers built a soft robotics evolution simulator, which has produced many strange, but intriguingly functional running robots. The program’s ability to create and expand on successful simulations can offer new invertebrate models to choose from and develop soft robotics even further.

Not only would these flexible technologies be useful in the bio-medical world, but in the commercial as well. Flexible tech could, for instance, contour to the body and provide pain relief and support. It could also be the difference between life and death for performing biopsies and other delicate operations inside the human body. While present-day conceptions of robots are primarily geared and thought of as being in our image, the need to design differently can help us think about the future in a more sophisticated, efficient manner.