Greek philosopher Plato once devised a metaphysical thought construct known as the ‘Theory of Forms,’ or as others today like calling it, ‘Two Worlds’. This thought construct was meant as an attempt to explain both objective and subjective visualizations of reality – the material world and the world of forms. Strangely, however, according to Plato’s Theory of Forms, the material world was the less real, subjective construct of our senses, whereas the world of forms was the real world that existed outside of space and time.

While certainly understood today as being nothing more than metaphysical pseudo-science, I believe Plato’s Two Worlds may still exist, insofar as we recognize two different worlds within reality – an ‘inside-world’ and an ‘outside-world’. This isn’t to say that the material world we sense is a “less real” world as Plato believed, but rather our material world plays host of different “realities,” of different “worlds.”

Today, in the second decade of the 21st century, reality is a very complex thing to understand as we continue progressing forward. Many still prefer seeing reality as being what can be materially sensed – touched, seen, smelled, etc. – whereas the digital world is seen as being a far less-material re-creation of reality. And yet, every year it only seems like our online lives become far more interconnected with our offline lives than the years before.

Plato also believed that the material world and the world of forms attained this systematic interconnectedness, shaping each other and operating under cause and effect. Recently the online community was given a first-hand demonstration of this interconnectedness between the inside-world and the outside-world via the popular MMO computer game EVE Online. 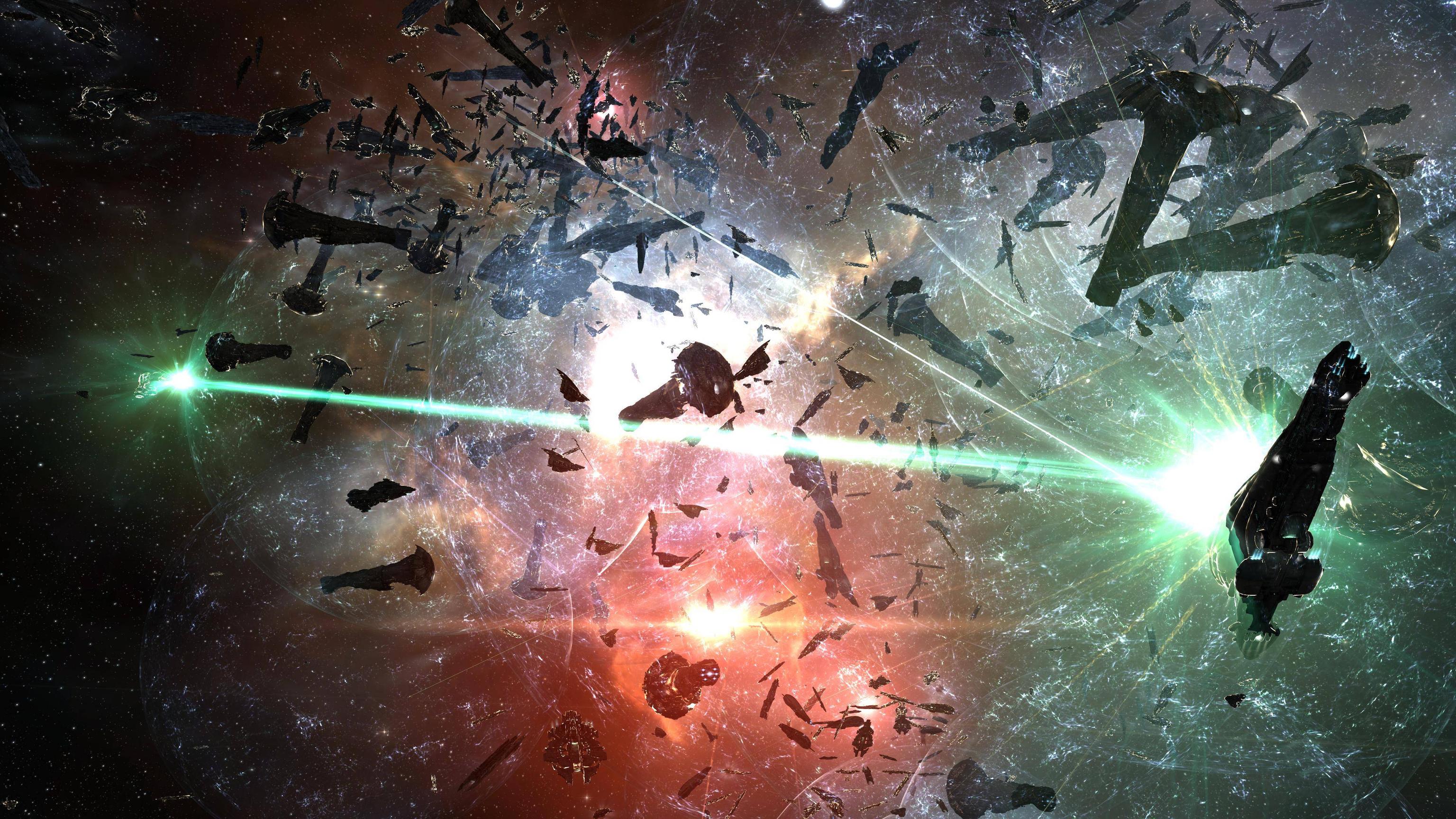 EVE Online is a space MMO (massively multiplayer online) game, which allows players from all over the world to trek throughout the online rendered universe, salvage ship metal scraps for income, build up interstellar communities, and even wage very expensive, brutal wars. To construct a large battle-ready ship, physical, outside-world money is involved and can go anywhere into the thousands of dollars. It also takes several months to construct said ships, making the cost of war all the more expensive to wage, even if done so in the inside-world.

Recently, due to a player’s mistake of not having the necessary funds in his or her bank account to pay for proper security over captured territory, a very large battle was then unleashed – the largest ever witnessed in EVE‘s 10-year history. According to Forbes, the estimates of the “total losses incurred by players during the height of the battle range from $300,000 to $500,000.” These aren’t just teenagers with deep pockets either, but anywhere from teens to middle aged adults with high-paying jobs and a family they take care of. The fact that they’re still willing to dedicate large sums of money into the inside-world economy of EVE Online just shows how interconnected both the inside-world and outside-world have become.

This is merely a taste of today’s Two Worlds in action. Plato saw the world of forms as being this vast world, occurring in different areas at the exact same time, in which was somehow connected to the material world in which we live in 24/7. The inside-world – the digital life we all attain today – isn’t that much different from Plato’s world of forms. Online, everything is occurring everywhere at the same time, and is increasingly becoming more and more interconnected to our offline lives, affecting it and changing it in ways none of us can totally comprehend nor predict.

As virtual reality becomes a commercialized norm, through devices like the Oculus Rift and the Omnidirectional Treadmill, how then will the inside-world affect the outside-world? And as digital cryptocurrencies, like Bitcoin and Dogecoin, grow in popularity and value, how then will the concepts of labor, work and income be affected and change, especially as it becomes more integrated into the inside-world? Better yet, what will happen in the coming years when the inside-world and the outside-world begins to blur due to a currently-incomprehensible vast interconnectedness?

A Concept Car for the Future of PreservationBRAINS Presents: The Immortalist Audit