RssInstagramTumblrPinterestYouTubeGoogle+TwitterFacebook
There is no historical tale quite like the story of Bonnie and Clyde. The outlaw couple produced both revere and hatred throughout the Western region of the United States during the Great Depression. Controversial as they were, since their rise and fall, the story of Bonnie and Clyde has been re-told time and time again as the years go by – some with a negative viewpoint of the outlaw couple, while others positive.

For film producer David Rosenbaum, however, he instead wishes to contribute in this long list of Bonnie and Clyde tales by giving it a futuristic bent – The Trail’s End, from the same title of Bonnie Parker’s poem of her and Clyde’s lawless adventures. 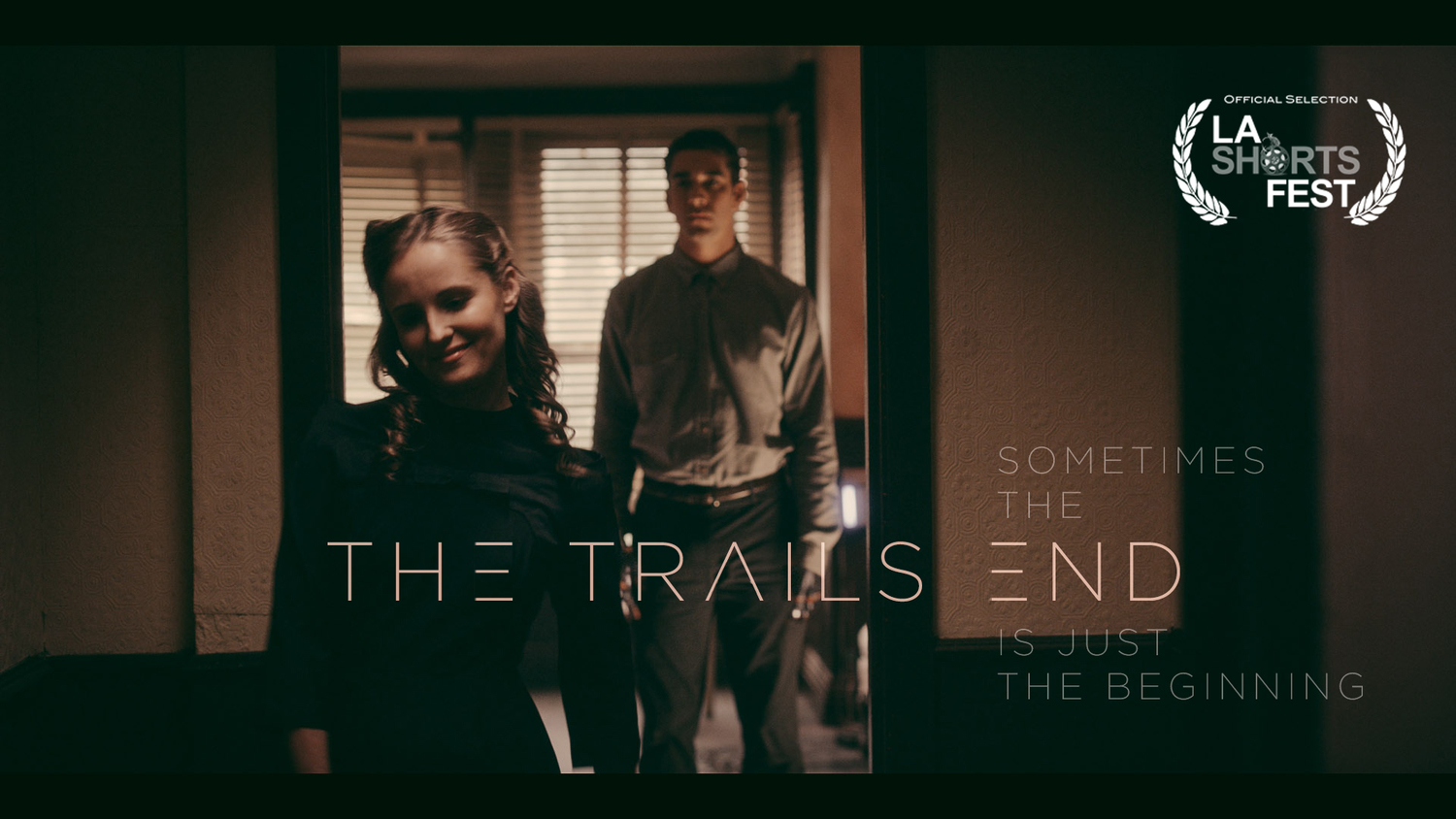 On the final day of his life, an android has an unexpected encounter that alters the course of his existence. THE TRAIL’S END is a short film written and directed by David Rosenbaum that explores a re-telling of a classic; Bonnie and Clyde…or rather the prologue. It highlights the moment that the two meet and how their journey together begins. Sometimes the end, is just the beginning.

In Rosenbaum’s re-envisioning of Bonnie and Clyde, The Trail’s End introduces an android incarnation of Clyde Chestnut, waking up to the sound of his next door neighbor moaning. His doorbell rings, and as he opens it, there on the other side is a mail unit ‘bot delivering a notification of Clyde’s imminent termination, or as the notice called it, “recycle.” Soon enters Bonnie Parker, Clyde’s boisterous next door neighbor. What starts off as an attempt from Bonnie to flirt with Clyde, she soon catches eyes at his termination notice. Realizing what this means, she gets straight to the point and invites Clyde to her place for later that night – as she put it, a toast to his last night.

While I won’t give anything away as to what occurs soon thereafter, the short film does very well in introducing the characters and developing their roles in the story line. Like any great film, there are the protagonists and the antagonists. In this case, Clyde must make a fast decision when things don’t go as planned and unexpected surprises arise. Hands down, The Trail’s End is one of the best short films I’ve seen since True Skin.

The Rise of the Immortal ArtistsExobiotanica: An Artist’s Rendering of Botanical Space Flight