“It is not the strongest of the species that survives, nor the most intelligent that survives. It is the one that is the most adaptable to change.” – Charles Darwin

“Man is to be surpassed. He is a bridge, not a destination.” – Nietzsche

“What lies behind us and what lies before us are tiny matters compared to what lies within us.” – Ralph Waldo Emerson

“Who we are is but a stepping stone to what we can become.” – Deus Ex

As Nietzsche once theorized about the ‘Overman’:

“I teach you the Overman! Mankind is something to be overcome. What have you done to overcome mankind?

The primitive notion of man and biology will be transcended; as Superman is to humans. Contrary to popular belief, Transhumanism should not be fueled by the fear of death, but by the love of life and living. As Socrates once asked before dying, how can we fear something we do not know or understand? Life does not imply death, though we’ve come to expect it – but that doesn’t mean we have to accept it.

Transhumanism is the next frontier in human evolution, placing the improvement of the human condition, and its advancement in the universe, at the forefront of the future. It’s an evolved way of thinking, feeling, functioning, and being.

Transhumanism is the merging of biology and technology to better and more accurately express and actualize who we truly are without being restricted by the limited system (human body/biology) that has operated us. It is how the telegraph has evolved to a smartphone, while still remaining true to its essence (a vessel for sound waves/communication). Biology and chemistry have given us a blueprint, a foundation for technology to enhance ourselves and the way we live. Transhumanism is the full realization and fruition of ‘beings’ being ‘human’.

A consciousness evolution, stimulated through self-realization/reflection and the taming of ego (i.e. from a wild animal, to man’s best friend), while emphasizing a rational and empathetic perspective (the elevation and balance of logical and emotional intelligence – masculinity and femininity), is a significant aspect of transcendence and the transition from human to Transhuman.

Advancements in technology will not only be limited to humans; it’ll also positively impact and benefit all life on our planet, including the preservation and nourishment of nature and animals. Technology is derived from, and is an upgrade of, nature. Therefore, Biotechnology and Transhumanism can be considered our natural progression.

Are you truly Transhuman? 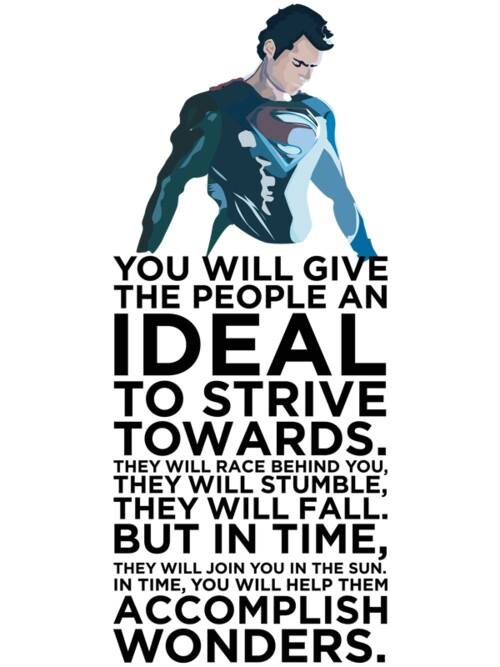 Transhumanism has, more or less, been associated with the notion that an advanced humanity will consist of ‘smarter, faster, stronger, and immortal’ versions of ourselves via technological augmentations. While the merging of biology and technology, and indefinite life extension, are certainly important themes of Transhumanism, these improvements tend to focus on the individual rather than the collective, and undermine the advancement of our civilization, as well as the future of our world, beyond aesthetic and cellular upgrades.

As Transhumanists, it’s not just about the aesthetic/cellular enhancements, technological gadgets, and indefinite life extension, or about only looking and feeling advanced – it’s about being advanced. It’s about overcoming the debilitating and detrimental aspects of ourselves; being better, more optimized humans. It’s about knowing how to communicate and understand through logic and empathy; maintaining composure, focus, and perspective – reflecting before reacting.

This begins with significant shifts in perspectives:

Though these do not consider different personality types, disorders, etc., it may someday be achieved through VR, neural augmentations, and/or gene therapy.

Based on my extensive observation and analysis of those discussing Transhumanism, this movement is being promoted from the following 6 types of people:

These aren’t mutually exclusive, but they represent the bulk of those involved in the movement.

How can one be more than human if one has not examined what it means to be human? One can be fertile and create life, but this does not qualify one to be a parent; only a mother or father by default. Parenting has a standard and responsibility by which one must live up to, as does being civilized and humane. The foundation for Transhumanism must first be grounded in credible, fully-realized humanism.

“From the vantage point of space, there are no borders or geographical lines. There is only Earth, our Earth.” -Jason Silva 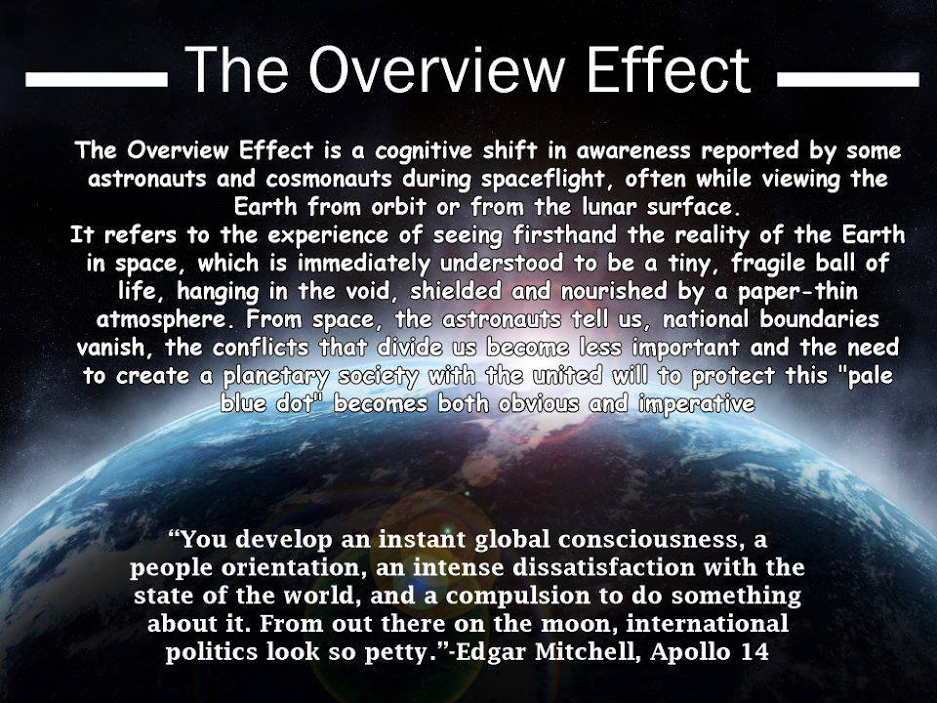 This is a logical, progressive, humanitarian, cosmopolitan, and Transhumanist perspective. I refer to it as having a perspective from a ‘Universe’s Eye View’, or a bird’s eye view on an epic scale.

This is also a metaphor for global and universal consciousness/awareness.

“Transcendence is no longer a metaphysical concept. It has become reality.” – FM-2030, Up-Wingers 1973

Science, philosophy, and technology are in the process of actualizing this metaphysical and ‘spiritual’ concept. What was once considered pseudo-science is now embraced as vision, possibility, and potential through scientific application.

I’ve referred to it as ‘Transcendental Transhumanism’, or the idea that there is a process of personal transcendence embedded within Transhumanism; like a worm to a butterfly – a transformation. Ralph Waldo Emerson, writer and transcendentalist philosopher, had a similar view with transcendentalism in the early nineteenth century. It is the philosophical idea that we are a reflection of – a metaphor for – the universe itself, and, through Transhumanism, this understanding will be more accurately manifested and realized. Russian Cosmism has long valued this notion as well.

Futurist philosopher Jason Silva (known for Shots of Awe and Brain Games) has referred to Transhumanism and the Singularity as Ontological Design and the Omega Point (the term was coined by the French Jesuit priest Pierre Teilhard de Chardin (1881–1955):

“Just as you grow into the world, the world grows into you. Not only do you occupy a certain place, but that place in turn occupies you. It’s culture shapes the way you see the world, its language informs the way you think, its customs structure you as a social being.”

Experience changes biology on a cellular level and our genes are like pieces of software – a genetic technology that can be changed and enhanced. It’s never been about nature vs nurture (or this vs that), but, rather, nature AND nurture – a design comprised of an ontological feedback loop; we’re the designed and the designers.

This movement has a philosophical/theoretical foundation that has aligned itself with the empiricism and practicality of science. Information in the process of in-formation. Carl Sagan would be proud. 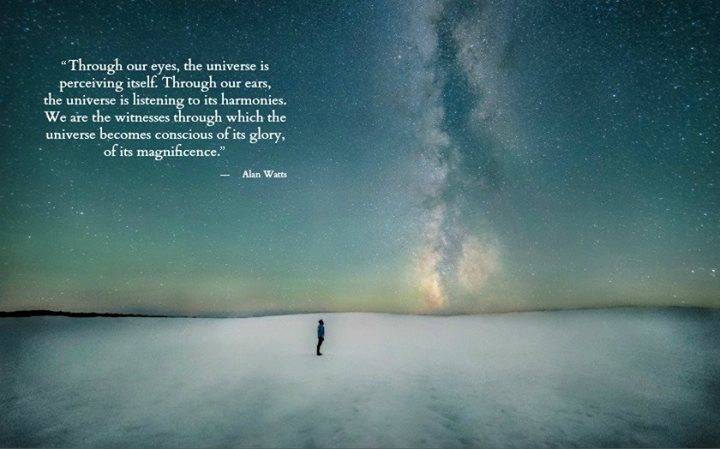 There are many primitive and illusive paradigms, such as fear, race, and borders, that have distracted and disrupted the progress of our civilization. Transhumanism challenges perspectives that have been adopted from religion and conditioning, some of which restrict and stunt the progress/evolution of our species. It challenges what it means to be truly human, which transcends the body – ironically, a common denomination for Transhumanism and religion.

Many are distracted and diluted by entertainment, politics, news, gossip, media, life’s conditions imposed by our current systems, etc. to see and realize the larger picture; illusions of genuine happiness and satisfaction. I refer to these as chains of temporal and trivial stimuli that yield negative reciprocals, which ultimately keep people disconnected, as well as desensitized, from themselves and others.

My intuitive and philosophical conjecture is that a reflection of an advanced civilization, and government, is one of a unified community that leads through guidance, collaboration, and inspiration, emphasizing science, humanitarianism, and progress – our universal and common foundation as a species – rather than through selfish control, competition, and indoctrination.

Plato may have been right all along:

Similar to Plato’s “government of the wise,” a noocracy would be, in the words of “biosphere” popularizer Vladimir Vernadsky, “a social and political system based on the priority of the human mind.” Think of it as a kind of futuristic global brain configured for governance.

Coined by the Jesuit mystic Teilhard de Chardin, it would be the evolutionary outgrowth of democracy, a flexible and adaptable system comprised of conscious, systematic, and institutionalized elements which will operate in decentralized autonomous subsystems. One manifestation could see the rise of the Noosphere and the application of the “syntellect” — a unified or hive-like civilizational mind that integrates all individual minds, both natural and artificial, likely through the cumulative effects of informational networks.”

Transhumanism: The Future of Humanity 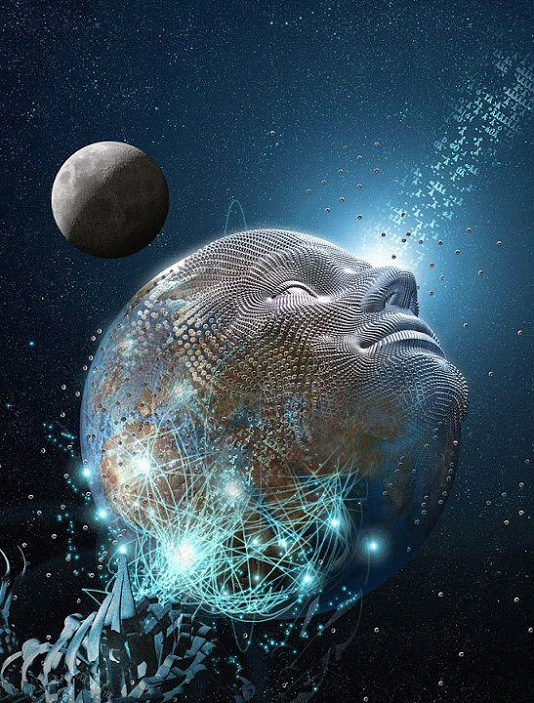 Science may help us improve and extend life, and we need it as our backbone for progress, but it won’t do anything from a humanitarian perspective if we can’t transcend ego, violence, war, politics, religion, classes, money, hunger, greed, power, states, countries, etc. These are of the primitive mind and paradigms. The awakening of this awareness and realization is the mindset of an advanced civilization. Science and technology would be better served and utilized by a more rational and empathetic humanity.

My motivation and agenda as a Transhumanist are simple: the advancement of humanity and the transcendence of illusions that have burdened our lives from the beginning of our existence. A complete deconstruction and reconstruction of fundamental principles that will pave way for true freedom and an advanced society. A civilization that lives according to finding true, unconditional solutions to issues, not excuses to temporarily prevent them.

From a philosophical perspective, it’s also important we never forget, or overlook, the ‘humanism’ in Transhumanism.

5 key foundations for Transhumanism and an advanced, interstellar civilization:

The ideal vision for Transhumanism is Star Trek, not Blade Runner (not to take away how amazing that movie was); progression, not regression.

Star Trek Philosophy: “I’d no idea how much it means to live and now I return the favor.”Future Underwater Villages Will Take the Form of 3D Printed Jellyfish