RssInstagramTumblrPinterestYouTubeGoogle+TwitterFacebook
A new revolution is in our midst as the struggle to combat climate change wages on – Technogaianism! In contrast from the primitivist viewpoint – whereby they claim that, due to the industrial revolution’s negative consequence towards the environment, technology in general must be reduced to save the planet – the technogaian believes that only technology can help protect us while efficiently fighting back.

With the technogaian mindset in play, French company NewWind has developed an entirely new design for wind turbines that takes the form of a tree, i.e. the Wind Tree! 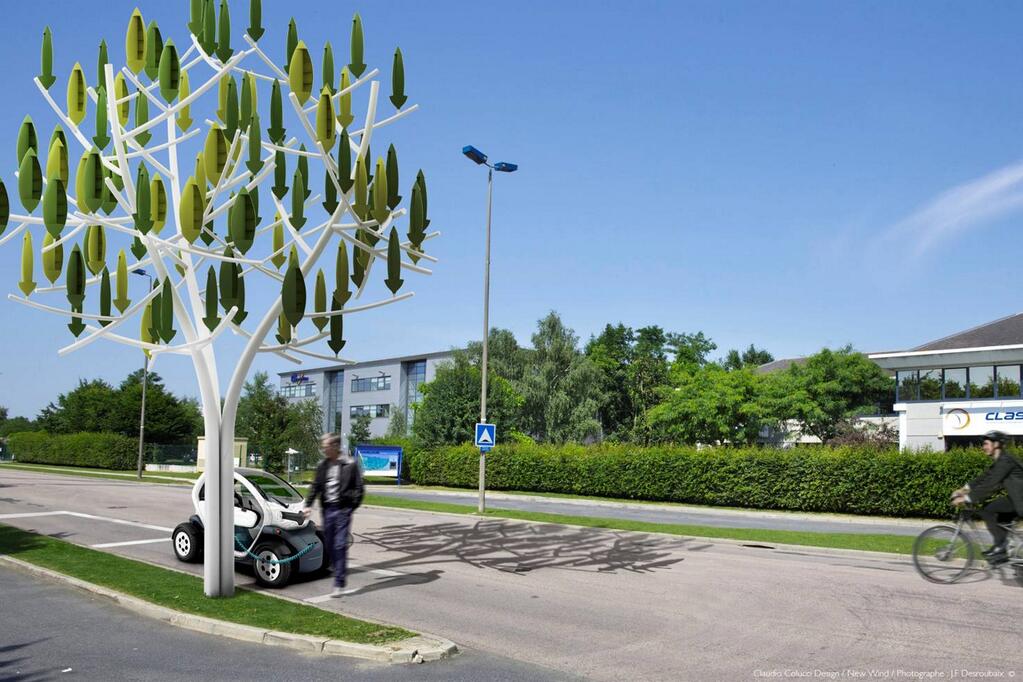 “The design of biomimetic inspiration allows seamless integration into all types of landscape, whether urban or rural. All the technology is invisible; no cables or apparent generators, everything is integrated in the branches and trunks.” – NewWind 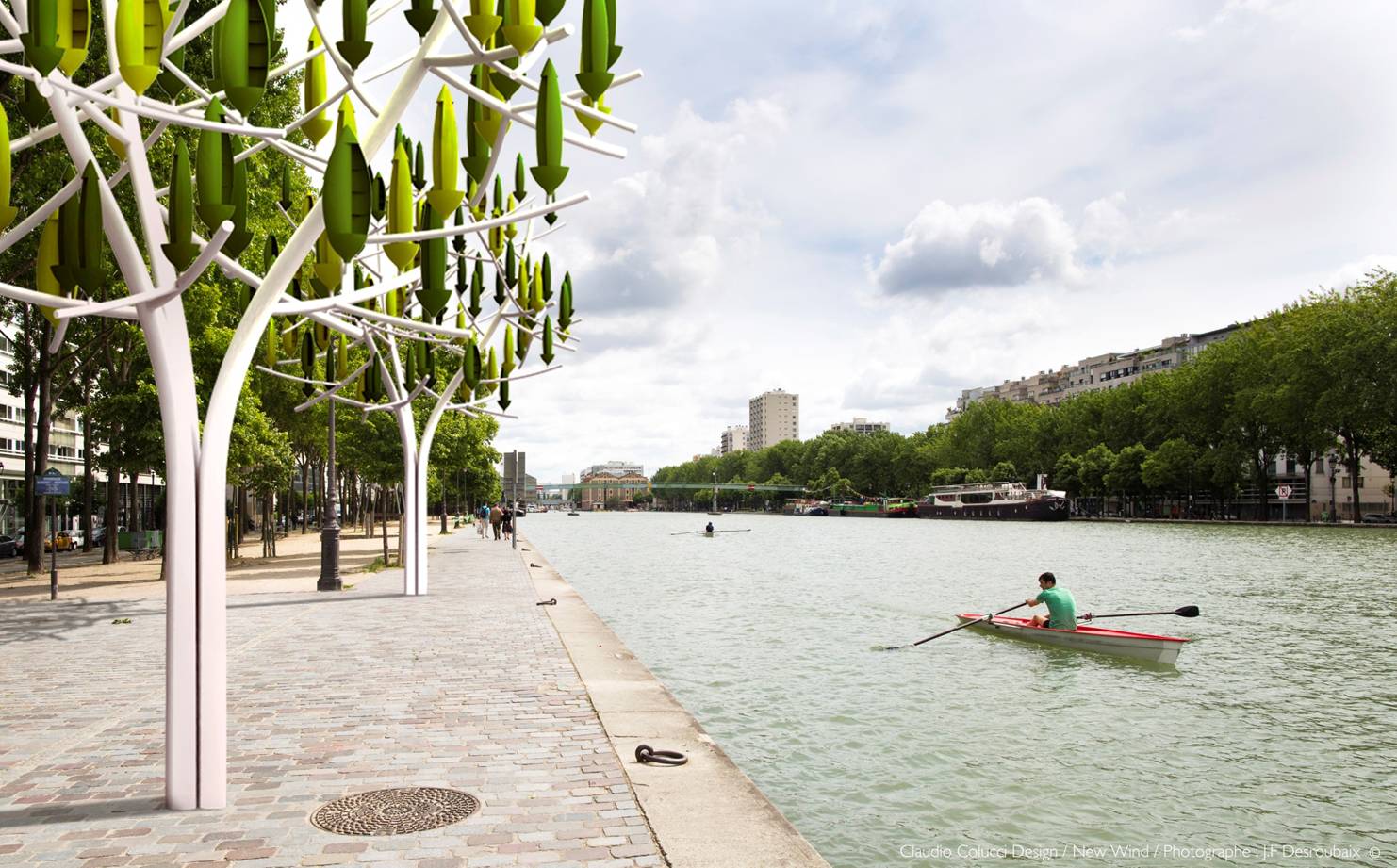 Each tree weighs around 3 tons, given the entire structure is made out of steel. The turbines, however, are made out of a common thermoplastic polymer known as acrylonitrile butadiene styrene (ABS). The entire fixture comes at around the height of 11 meters (36 ft). 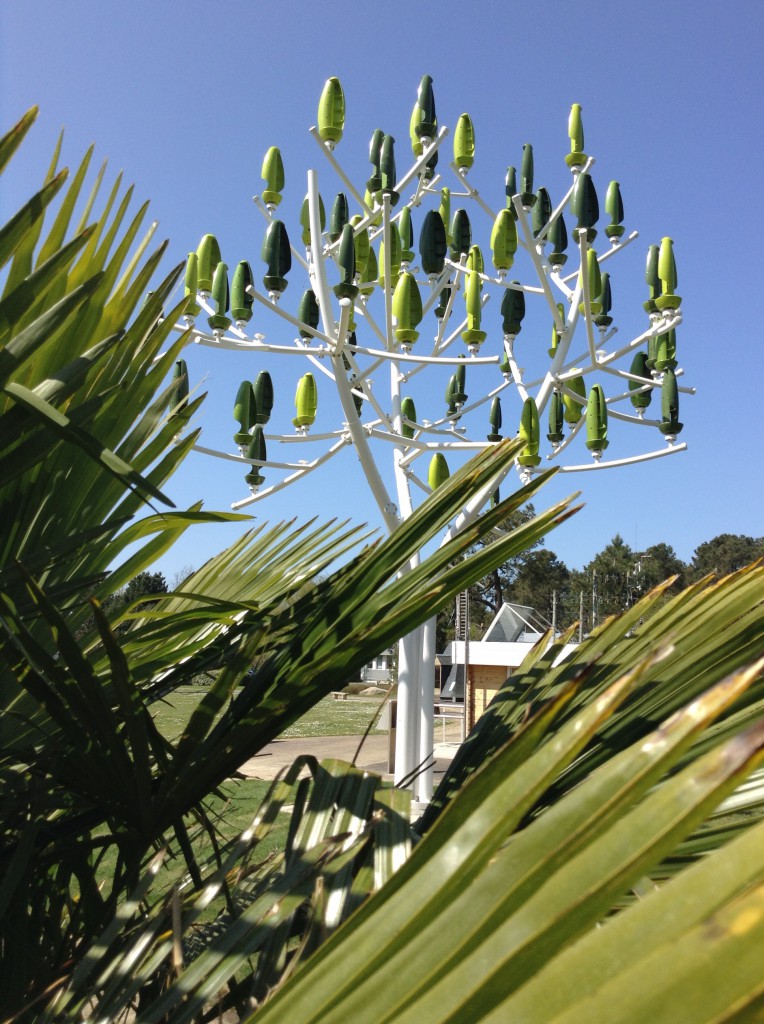 Wind-generated power comes from a long list of renewable energy sources that many people, governments, and entire regions of the world are starting to use more often than non-renewable. The problem, however, is that energy accumulation by renewable energy tends to be far less in comparison to nonrenewable. That hasn’t stopped people, though, as they continue making each source much more efficient, much less expensive, and much more accessible. With time, these energy sources may soon overcome the dominating industries of oil, coal, and natural gas.

Wind turbines have their own set of problems, though, that have made them much less pleasing – from its minimal operations, to their incredibly loud noise, to their unfortunate ability of killing birds (despite the fact that a higher percentage of birds die from cats and windows). Which is why NewWind has developed these tree-like wind turbines to address each of these problems.

Made up of 72 turbines per tree, they can generate 3.1kW of power per tree. Add this with their ability to stay on for 280 days out of the entire year, this allows them to generate enough energy on par with that of normal wind turbines. Given their light weight material, each tree is able to generate power with as little as 2 meters per second of wind (4.4 mph), making each turbine relatively silent.

With the advent of an exponential increase in popularity of renewable energies, the Technogaian environmentalist movement is following suit to help push a much more positive outlook on technology in regards to how it affects our environment. Technogaianism looks to the future, rather than the past, to ensure everyone and everything on planet Earth reaps the benefits of advanced technologies.

NewWind’s Wind Tree innovation does just that, not only changing how we accumulate energy, but subsequently changing the very relationship wind turbines have with their overall environment. As technologies continue advancing at an exponential pace, we’ll begin witnessing a symbiotic connection between technology and nature.