RssInstagramTumblrPinterestYouTubeGoogle+TwitterFacebook
The organic tides of biology are beginning to thin out as newer technologies arise, forcing us to completely redefine what it means to be human. It is of little difference historically speaking, but enormous in consequence given the exponential rate of technological growth. How we begin to use these new scientific and technological tools to augment, or altogether enhance, the human biological substrate is to anyone’s guess. But it’s a guess we’ll be making sooner rather than later.

Cue in Tubascular – a prosthetic concept design that attempts to challenge the role of the human body from both a biological and architectural point-of-view. In one sense, it’s a wearable. In another, it will attain a symbiotic relationship with one’s internal vascular system. 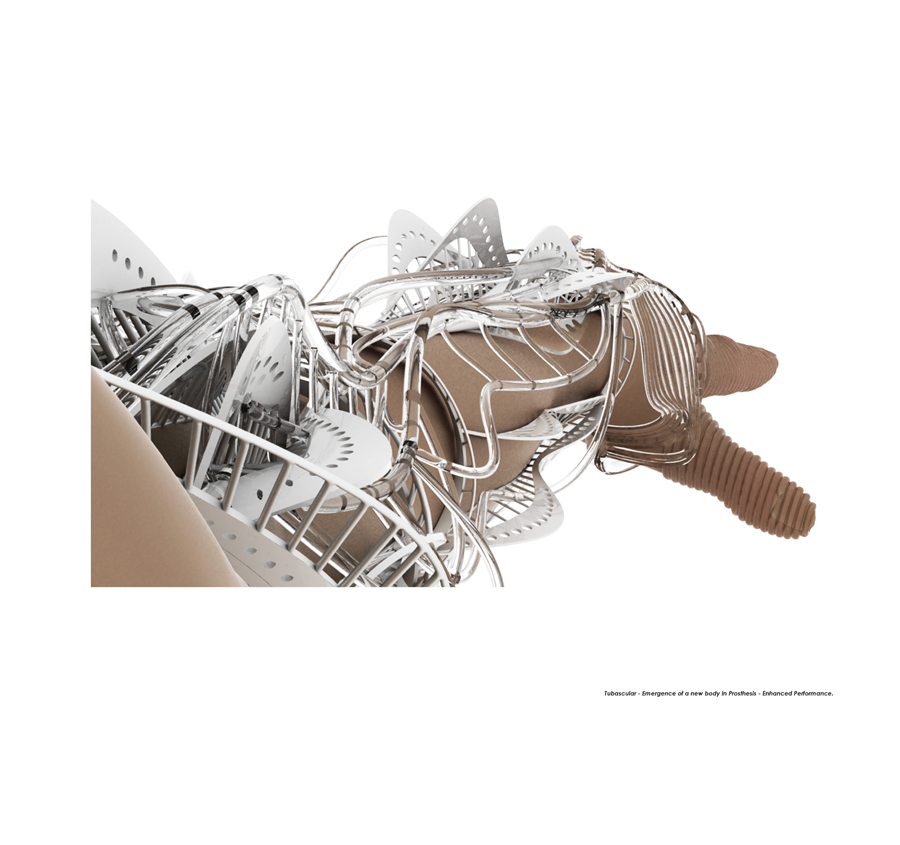 Designed by Daphnie Costi, an architectural assistant at Concept Eight Architects, the Tubascular is a 3 dimensional prosthetic installation project which serves as an extension of the internal vascular system of the human body. Inspired by nineteenth century physicist Herman Ludwig Helmholtz’s research on human perception, “Everything is an event on the skin,” this prosthetic design serves as a means of enhancing the skin itself.

Achieving so would require an injection of specialized liquid flowing through the prosthetic’s tubes into the internal arteries. It would then cause a technologically-enabled doping transformation of sorts, revitalizing both the health and appearance of the skin. Like architecture, we’d treat the human body as something which we can build upon and transform. 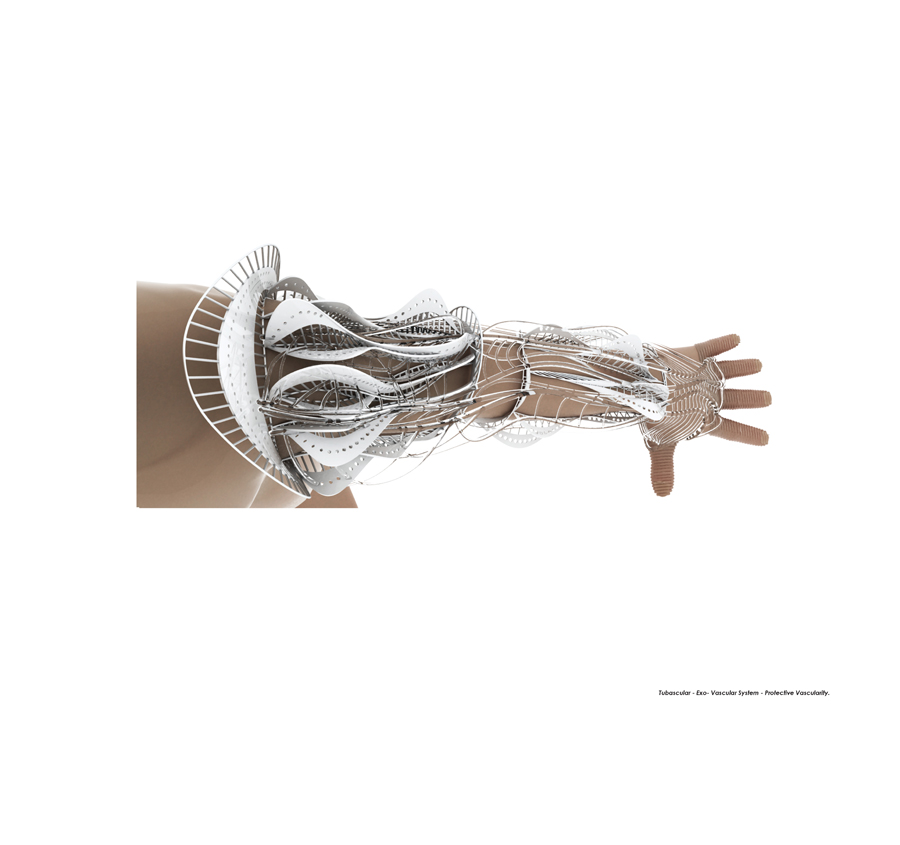 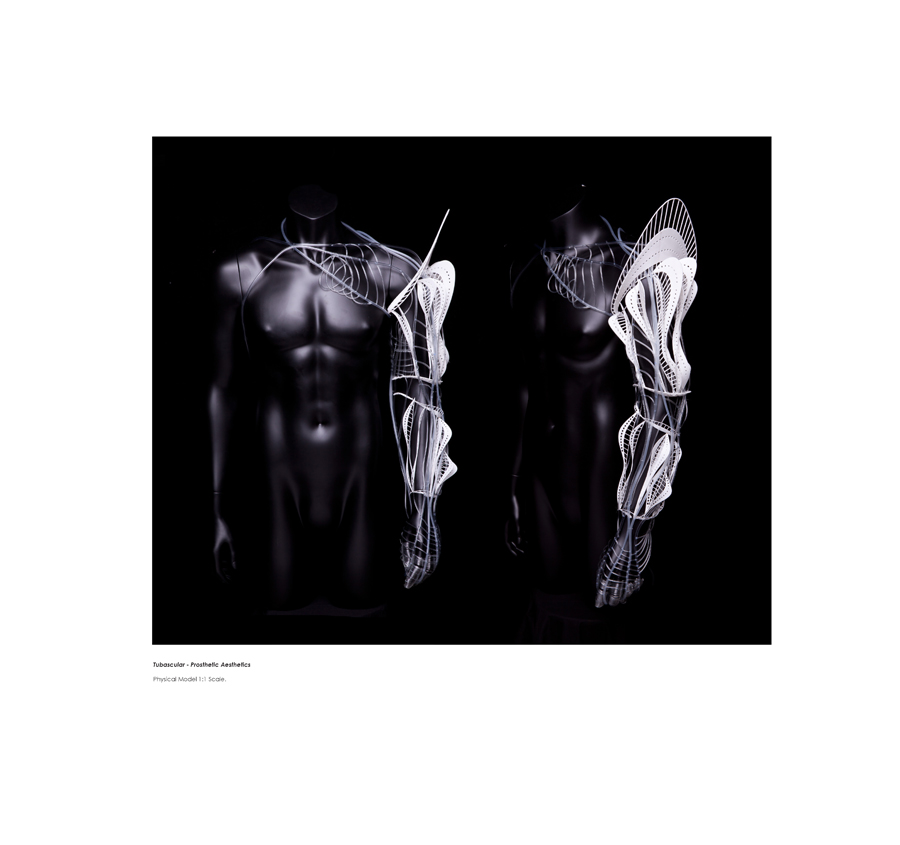 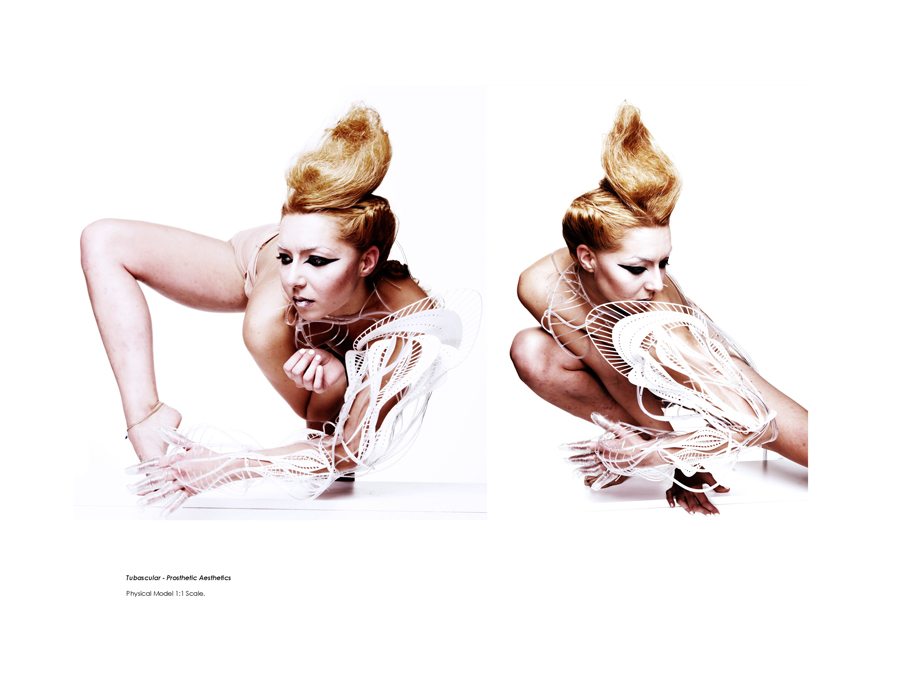 The human body has always been perceived as a blank canvas to many throughout history, something of which can be altered in any number of ways. Whether we were sticking needles into our flesh or injecting ink for aesthetic pleasure, we were never truly satisfied with the human biological substrate as is. And today we’re taking it many steps further by using advanced technologies to transform the human body once more. We remain a blank canvas, but our paintbrushes are no longer ink and needles; they are 3D printed prosthetic devices, cybernetics, nano-robotics, and gene editing. Oh, what a time to be alive. Oh, what a time to be human!

The Future This Week: Supercomputers, Mind Uploading, and 3D Printed AerogelPowerEgg: A Foldable Egg-Shaped Drone of the Future