RssInstagramTumblrPinterestYouTubeGoogle+TwitterFacebook
Imagine it: an entire city above ground, looking over the remnants of its past. Detroit was once a booming city in the United States – the epitome of Western capitalism. Then came the Great Depression, and from there it was all history. While many try re-building the city from the ground up, two architectural designers believe the ghost city of Detroit should remain dead and instead start afresh in the sky.

Designed by Mark Talbot and Daniel Markiewicz, “Car and Shell Skyscrapers” (aka “Marinetti’s Monster”) is a mass-scale project that redefines the very concept of both architecture and urban landscapes. While science and technology industries operate from the ground, urban living space would reach the sky, compacted in a large industrial cube. Like vertical gardens, this skyscraper city would be a vertical suburban neighborhood consisting of three intertwining grids – streets, pedestrian pathways, and structure. 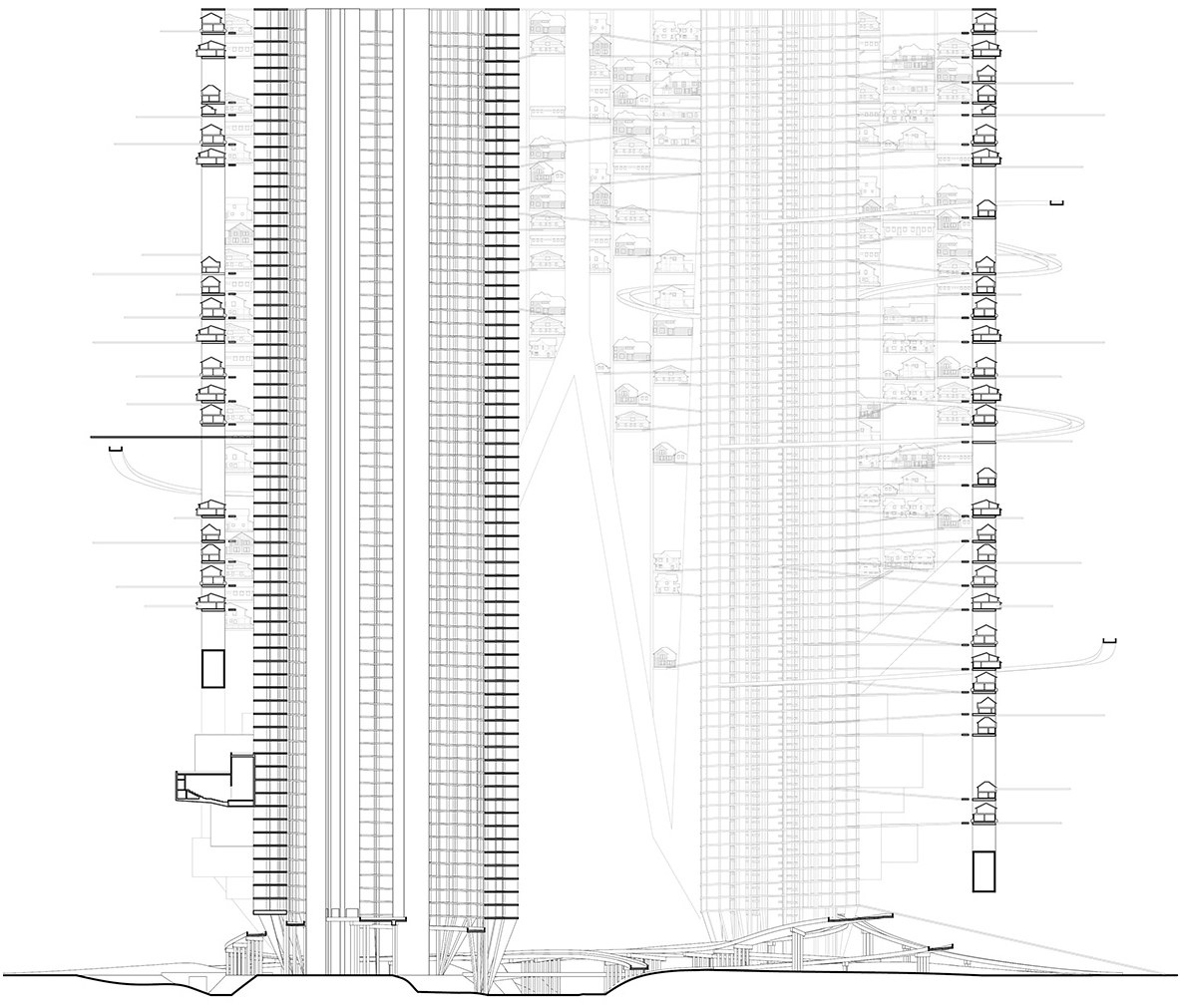 “Commute has become a dirty word. Why? I say commute your decaying suburb for a city in the sky!” – Mark Talbot and Daniel Markiewicz 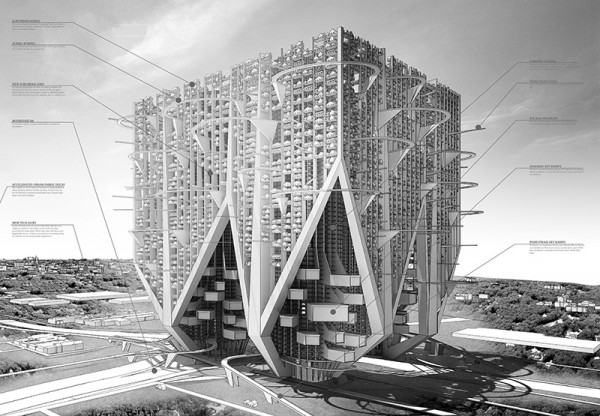 Winning in the top three of this year’s eVolo Annual Skyscraper Competition, its design, according to Talbot and Markiewicz, isn’t intended to resurrect the city of Detroit, but to build an entirely new city. As it is, Detroit is spending too much time trying to keep up with development norms, and it’s completely missing out on the opportunity of embracing an advanced technological future.

Looking like a Borg Cube from the Star Trek sci-fi TV series, this industrial monster could be the future of urban architecture, or at the very least a stepping stone for every other city throughout the U.S. Given the current state of Detroit, should we take these designers’ pleas into consideration and just start anew – not from the ground up, but just up? Will we in the future be staring out our windows, looking down into the facade of our past to remind ourselves how far we’ve come?


“Franticly driven by decades of fear, themselves perpetuated by an avalanche of numbers and an onslaught of “better world” fantasies born of an endless stream of technological innovation, our mission is clear: rescue Detroit from being rescued.” – Mark Talbot and Daniel Markiewicz 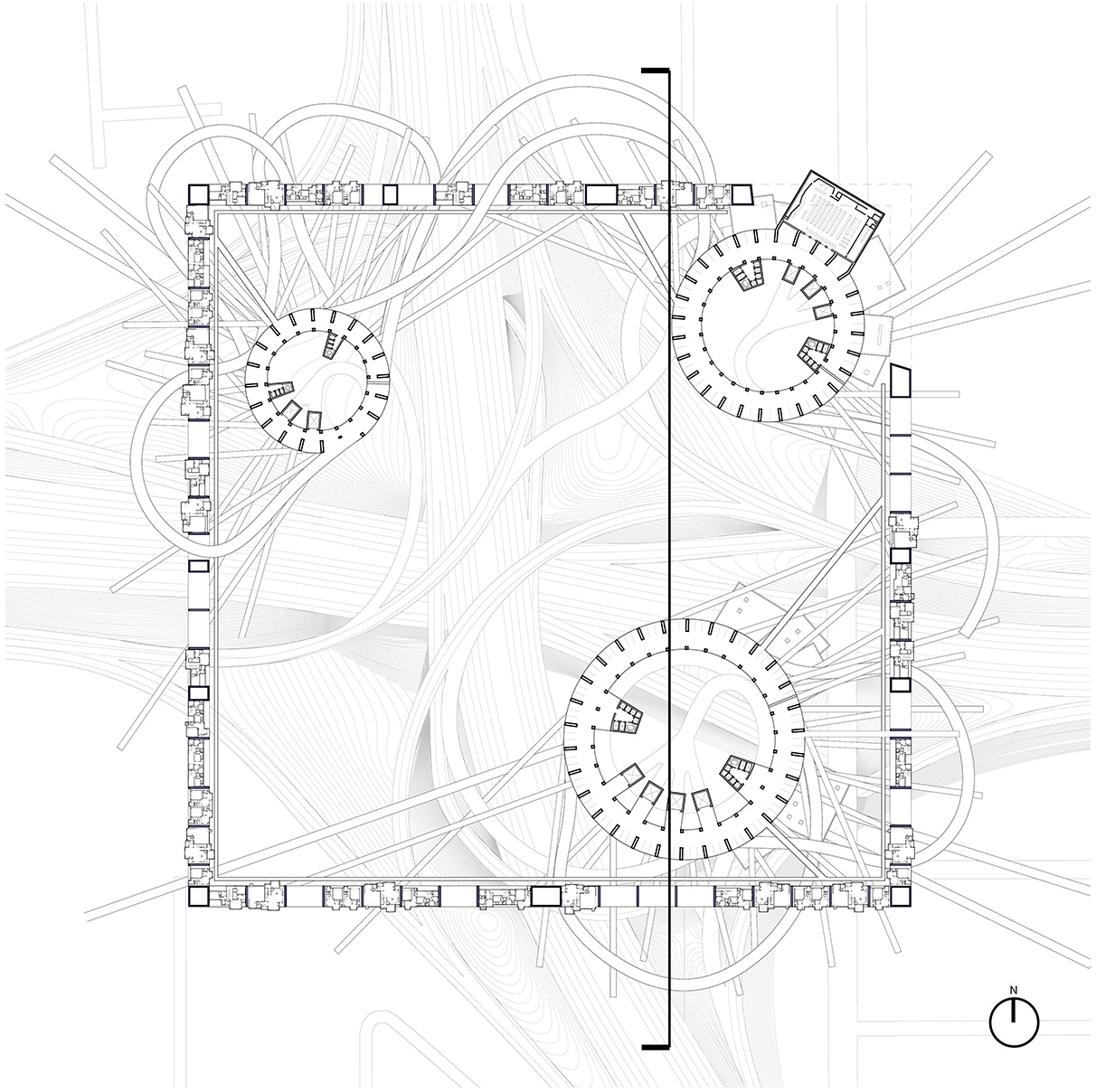